Chief Executive Officer of Google Sundar Pichai has taken over its parent company Alphabet as the founder of Google Larry Page announced to step down from the post.

Co-Founder Sergey Brin has also decided to resign from the post of president of the company. Both Larry Page and Sergey Brin founded Google in 1998. With the time it grew from a small search engine to one of the largest tech companies in the world. Later in 2015, they created Alphabet and Larry left Google to Sundar Pichai to become the CEO of Alphabet.

Alphabet is basically a mixture of multiple companies from different industries, it came into being on Oct 2, 2015, through the restructuring process of Google and became the parent company of Google and other subsidiaries. The headquarters of Alphabet is in Mountain View, California.

Larry announced this news in the post, as he said

“I want to be clear that this transition won’t affect the Alphabet structure or the work we do day to day. I will continue to be very focused on Google, and the deep work we’re doing to push the boundaries of computing and build a more helpful Google for everyone,”

“At the same time, I’m excited about the Alphabet and its long-term focus on tackling big challenges through technology.”

According to the reports, co-founders will still remain actively involved in decision-making matters, as the members of the Alphabet’s board of directors. Both Page and Brin own more shares than the new CEO, Page has control over 5.8% of the company’s share and Brin has 5.6%, whereas Pichai only possesses 0.1% of the shares. Google also announced that the voting structure would remain the same even after the announcement, which makes it clear that the CEO will remain answerable to co-founders.

Investors took this news very positively as the stock of Alphabet went up by 0.8 percent after a few hours of the announcement. 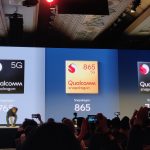