Tech company Google always brings new and exciting products and training programs for users and developers. This time also Google has launched a brand new certification program for Mobile Web Developers. It would be worth mentioning here that the newly launched program is an extension of programs which the company offers to Android developers and other mobile and web developers.

For one to be awarded a certification by Google, a person has to take the test first to let the company know what is unique about them and why they are better than other mobile web developers? The test will be an open book exam and will cost around $99. One can appear and take the test for a total number of three times. After failing to pass the exam in three turns one will not be allowed to take the test anymore. Don’t worry if you think you need some polishing Google has introduced Mobile Web Specialist Study Guide to help you. The study guide includes topics such as Basic Website Layout and Styling, Front End Networking, Accessibility, Progressive Web Apps, Performance Optimization and Caching, Testing and Debugging, ES2015 Concepts and Syntax, and Mobile Web Forms.

Basically, the test consists of coding challenges and how one can tackle these challenges — giving solutions for a particular task. The time limit for the test is four hours. Moreover, developers will also have to appear before a 10-minute exit interview, which will be conducted by the company. The test currently will be taken in English.

According to the company following requirements should be met before taking the test:

Once you passed the exam Google will award you a digital badge, which you can display on your resume and social media profiles to let others know that you have successfully passed Google’s certification program. Furthermore, the company in its press release said, “Earning your Mobile Web Specialist Certification gives you a digital badge to display on your resume and social media profiles. As a member of the Mobile Web Specialist Alumni Community, you will also have access to program benefits focused on increasing your visibility as a certified developer.” 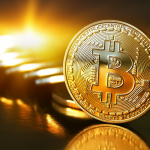