Google Chrome will no longer autoplay media with sound

Google Chrome’s autoplay feature has been a hassle at times. The autoplay feature continues to play the sound even if the source tab is not in focus. This can lead to awkward situations at office, meetings, and schools.

Google has now announced an update for Google Chrome which is somewhat solving this issue. In an upcoming update, Chrome will not autoplay any video with sound in it.

We know that a lot of videos on different web pages make unwanted noise when they are auto played and sometimes they make the situation embarrassing when you are sitting between some people and your speakers are on full volume. Google has addressed the issue and in an upcoming update coming around January 2018, it will stop playing any media with sound in it. The media will only be auto played if it has no sound in it, otherwise, it will only play if a user specifically presses the play button.

People are being troubled by unnecessary sounds during web browsing for a long time and now Google is actively working on the features that will cater this problem. Google is also set to launch a new feature in Chrome 63 which will let users permanently mute a website. If the user permanently mute a specific website, it will stop playing sounds forever unless the user unmutes the website. And now with the new feature, it will not play sounds unless the user wants to play it.

What are your thoughts on the new Chrome update? 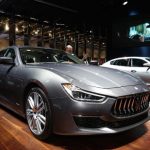