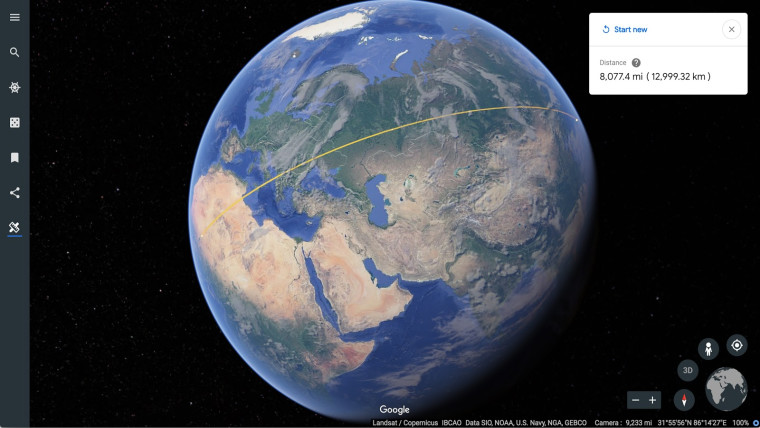 Google Earth is introducing a Measure Tool that will help measure any area and distance on the map. The feature has been rolled out for Web and Android applications and coming soon on iOS.

Since the start of 2018, the search giant – Google is introducing lots of interesting features to its platform. On 25th June, Google announced a Mapping feature on Google Earth. With the help of this tool, users can measure the distance between any two points on the selected area of the map. They can check out the perimeter and area of a stadium, a city, a region and a state.

Moreover, users are not confined to regular and square shapes to measure the distance. The tool even allows you to select borders of an area and subsequently measure terrain lands and irregularly shaped areas like buildings, parks and, states. Now you can tell how much kilometres you have travelled while hiking or running and how far your home or office is from South pole.

This is a great addition from the search giant to enable researchers, educators, scientists and travellers to better explore the world from home. Last year, Google Earth started to let users explore satellite imagery and photographs of the Earth with tools like interactive stories, destination discovery and 3D navigation. The measurement feature gives users a more accurate information and sense of location and space.

previous
Messy inbox? CleanEmail can help with its 80% discount
random
next
Samsung Galaxy Note 9 approved for sale in the United States
Trending Posts