TechJuice > Technology > Google quietly launches Roman Urdu to Urdu Script feature in Gboard and we are loving it!

Google quietly launches Roman Urdu to Urdu Script feature in Gboard and we are loving it!

Google’s smart keyboard, called the Gboard, has been around for quite a while now. However, TechJuice has found out that Google has quietly launched a new feature to their keyboard which converts Roman Urdu (abc) to Urdu ( اردو ) in real-time. This means if you are writing ‘kia haal hai?’ it will be converted to ‘کیا حال ہے ؟’.

This is a step in the right direction to help promote Urdu on digital platforms. Through this conversion engine, users can type in Roman Urdu and the text is instantly converted into Urdu script.

Urdu is understood, spoken, and written by over 100 million people. However, with the widespread use of text messaging, chatting, and social media the Urdu alphabet as we know has taken a different form. Instead of writing in the original Urdu script we have adopted a style called Roman Urdu wherein a conversation is carried out in Urdu but is written using the English alphabets.

Roman Urdu is very common these days and is used not just by us but by politicians as well in their angry Twitter rants. The reason Roman Urdu’s mass adoption is the ubiquity of English alphabet-based keyboards.

If you’d like to try out Gboard’s new feature that converts Roman Urdu to Urdu follow these simple steps: 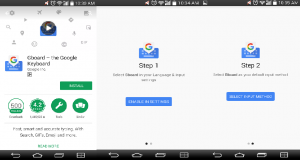 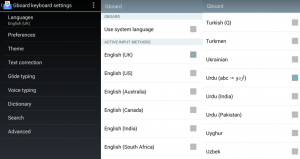 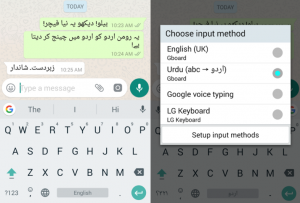 Gboard’s Roman Urdu to Urdu feature is very smart and accurately converts your text into Urdu – all in real time. You’ll definitely enjoy writing in it as it removes the hassle of texting in Urdu script yourself and gives a great sense of connection with your mother language.

Google Gboard has been around for quite some time now. Before this, users could select the Urdu, Sindhi, or Kashmiri keyboards which presented alphabets of these languages on the keyboard. But now, Gboard will allow you to convert Roman texts of, not just Urdu, but Sindhi and Kashmiri to their actual script.

Are you excited about the new feature and do you see yourself using it often?