Google has fixed the asymmetry in Chrome’s ‘new page’ tab

Google was quick to identify the problem and solve it. It rolled out an update for Chrome that corrects the irritating asymmetry in the browser’s ‘new page’ tab.

Now one can use Chrome without any irritation and agony. It was basically a problem related to the improper use of CSS and the box-sizing property. The alignment looks way better than it was before. 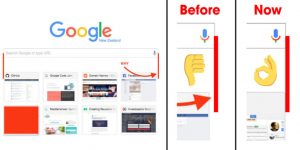 The misalignment of the Google Chrome was first reported by a user that goes by the name of ‘iamzacharyrs’ who took to Reddit to point out the inconsistency.

While talking to leading tech platform Google Product Manager Patrick Nepper said, “The problem of misalignment has been fixed”, he further asserted that “Since it may take some time for the change to be picked up automatically, users can clear their cache and restart Chrome to get this out of sight immediately”.

Including this one, Google has made two updates in a very short period of time, one for the Chrome and the other for Gmail. Just recently, Google updated its features for Gmail to protect its Android users against phishing.

Hope, Google will hit us with another amazing update. 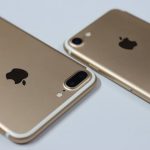