Along with Lenovo’s Phab 2 Pro, Google has also released Tango, a smartphone Augmented Reality (AR) system in order to cater the ever-increasing scope of Augmented Reality and its applications in mobile devices.

The program has been in its formative phases since last two years, and isn’t done with the infancy yet. The Lenovo’s Phab2 Pro is the first ever phone which has been released with the said program out of the box. Google has included a bunch of AR applications, 35 to be exact, with the first AR package released to the general public. Released applications, although perform below on the optimization scales, could herald some great tech in future.

The Augmented Reality works on providing a truly immersive and captivating experience by combining Virtual gaming spaces on top of the physical world that surrounds us. The following video explains what the project is all about.

Watch Tango in action, for instance in this game titled “Crayola Color Blaster”,

Following the tremendous success of Pokemon Go which was principally an Augmented Reality game leveled new horizons in bringing a more immersive 3D experience to mobile applications. Sophisticated depth-sensing algorithms coupled with high-tech hardware will certainly be a harbinger to leading scientific innovations to a relatively new field. 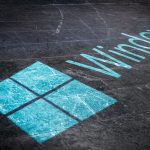