The digital revolution has given us the world of video gaming. It has become a highly consumed medium across all age groups. With the rise in demand for a wholesome gaming experience, game development has emerged as a new enterprise. Google has been the forefront runner in fostering the gaming ecosystem not only on a global level but also in Pakistan.
With the help of Google’s guidance, the youth of Pakistan has proved their competency in the game development industry. Statistically speaking, Pakistani game developers earn annual revenue of $40-$50 million. The country has the 4th largest talent pool with 350,000 developers. During 2018-2021, locally designed games generated most part of the revenue in North American and European markets. But that’s not all, as products of the Pakistan game industry have reached Spain, South Korea, Turkey and many Asian countries.

Multiple noteworthy initiatives by Google have become the foundational base of the local game industry. The tech giant started its efforts by training aspiring game development start-ups from the grass-root level. It worked its way up and launched multiple accelerated programs to flourish the gaming ecosystem in the country.

To identify the potential of local game developers, Google came forward and launched the first Gaming Growth Lab. The program proved to be a one of its kind initiative which welcomed emerging mobile-gaming developers. The virtual programme reflected its commitment to Pakistan’s gaming enterprise.
During the event, emerging local developers gained access to multiple Google platforms. They gained a hands-on experience with Play Cloud, Ads, and AdMob. Young talent received mentoring sessions and customised workshops to enhance their abilities.

The overall summary of a much-needed initiative can be defined through its four core principles:
1. DREAM: Provide knowledge about the gaming world and global opportunities.
2. DEVELOP: Build apps that are user-friendly through cloud solutions.
3. DRIVE: Give insight into the monetisation model and user engagement method.
4. DATA: Proper use of Google Ads & Firebase to acquire necessary data for the company’s growth.

Google took its effort one step ahead by introducing the first knowledge-sharing event regarding game development. Over 1,600 participants benefitted from the endeavor. The two-day event featured notable Google leaders and local game developers to share world-level practices in the industry.

More importantly, 54 gaming studios celebrated their graduation from Google Gaming Growth Lab. Pakistan officially made its presence on the world map as a hub of talented gaming studios. Hazel Mobile Group, Game District, and GeniTeam came up as a few glaring examples who made a mark in the international arena.

As a case study, we can examine the growth of MicZon. Since they joined the program, their designed apps recorded 35 percent more downloads. By the end of 2022, it forecasted a year-on-year increase in revenue by 20 percent.

Because of these global-level initiatives, Google has helped Pakistan to recognize its hidden potential. Many universities have formed Google Development Groups, which depict a bright future for the gaming sector. The path of success shown by Google has surely changed the lives of many young individuals who never thought gaming could be a source of income. 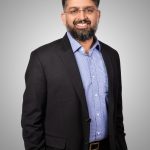