Last week, Google announced a slew of AI-based improvements to its search engine on its blog. One of the most notable additions has been an advanced algorithm for correcting and improving spellings.

What’s the big deal with spell checkers anyway? According to Senior VP of Search & Assistant Prabhakar Raghavan, the company has been trying to improve its ability to understand misspelled words because a good number of search queries aren’t spelled out sufficiently properly.

“We’ve continued to improve our ability to understand misspelled words, and for good reason—one in 10 queries every day are misspelled,” Raghavan wrote in a blog post.

The new spell checking tool, therefore, is a much-needed addition in terms of drastically improving the search engine’s performance even in the face of spelling errors. It uses a deep neural network with a massive 680 million parameters to better understand the underlying context of misspelled words. In a matter of 3 millisecond – fasted than one flap of a hummingbird’s wings, by the way – the tool is able to understand and consequently correct misspelled queries. 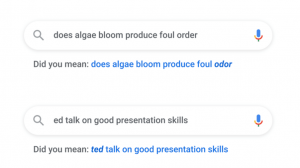 The algorithm will be incorporated in Google’s “did you mean” feature by the end of the month. Cathy Edwards, VP of engineering at Google, said it will improve the feature “more in this one day than it has the last five years combined.”

Another impressive AI-powered improvement has been the search engine’s ability to rank individual passages from pages. According to Raghavan, very specific searches can be the most difficult to execute because “sometimes the single sentence that answers your question might be buried deep in a web page”. By ranking and understanding the relevancy of specific passages from web pages, Google will now be able to bring an improvement of 7 percent in its search queries across all languages worldwide once the feature rolls out next month.

Other updates include an improved ability to understand subtopics around a broad area of search, automatically tagging key moments in videos like chapter in a book, and a COVID-19 safety feature in Google Maps. You can learn more about each of these here. 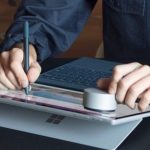 Microsoft is working on a futuristic and intelligent Surface Pen