In recent news, Google has struck a deal with the healthcare industry to access patient records of more than 181 hospitals which currently further extends to over 2,000 healthcare sites. Through this, the company aims to develop healthcare algorithms hence connecting the data to medical devices and ensuring medical decisions are appropriately made by doctors.

According to the Wall Street Journal, the deal will go around for a couple of years. With the healthcare industry now dependent upon digital tools tech giants such as Microsoft and Amazon have already taken advantage forcing Google to also have the same slice of the pie. Though it is to be noted that Google tried this before by partnering with the healthcare system Ascension where the partnership involved gathering records of patients through a project called ‘Project Nightingale’. Unfortunately, the project was heavily criticized due to the fact that the project was implemented without the knowledge of patients and doctors.

Moreover, Google is aiming to utilize these algorithms and build healthcare tools independently. According to the Managing Director of healthcare and life sciences at Google Cloud, Chris Sakalosky:
“We want to push the boundaries of what the clinician can do in real-time with data.” 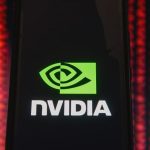