10 Great Things That Happened To Pakistan’s Telecom This Year

1. Pakistan joins the international highway of mobile communication by introducing 3G and 4G services that offering a speedy and smooth broadband experience to the masses.

2. The auction of telecom spectrum has made great contribution to economy and is still increasing employment opportunities and rapidly elevating the GDP graph of Pakistan.

3. PTCL declares 4Mbps as the minimum benchmark speed for broadband networks nationwide on Pakistan Day, thus initiating a step to connect the country at such high speed thus competing with the successful economies of the world and setting the highest standard in the South Asian region.

4. Pakistan secures the membership of the prestigious International Telecom Union (ITU) Council that is responsible for regulating and formulating policies for telecommunication around the world. Pakistan secured 101 votes out of 168 votes to win the election for the coveted seat of the administrative council of the ITU.

5. TeleCON (Tele-communications Conference) 2014 brought the industry gurus together to discuss the changing dynamics of Pakistani telecom sector especially that after the auction of telecom spectrum to local service providers. The topics under discussion at the conference were: Merger of Technology & Human Endeavor, Challenges in a Wired World, and the New Generation Mobile Services.

6. Propagation of 3G and 4G networks to the common people have contributed to the increased mobile usage. The packages were initially offered for free and the data plans later introduced were priced nominally garnering much usage.

7. Mobile banking in 2014 has seen a growing trend. The first to start the trend was Telenor through EasyPaisa and was soon joined by Mobilink, Ufone, Warid and Zong through MobiCash, UPaisa, Mobile Paisa and TimePey respectively. Mobile baking has simplified transactions for a lot of people that require frequent money transfer and payment of utility bills.

8. Comtech EF Data and Supernet implements 3G ready satellite backhaul network successfully while migrating from the previous 2G TDM network entirely. The implementation was done smoothly while ensuring that quality service is provided without increasing the bandwidths of network.

9. Carriers have now started to release smartphones officially with various exciting offers of data plans that has resulted in great customer satisfaction and therefore people are less prone to root or jailbreak their devices which can decrease the reliability of their smartphone and at times make it useless.

10. Telecom companies are now actively interacting with student base by sponsoring various business plan competitions to cultivate the ICT sector through young minds. They are also funding and encouraging start ups to survive in the industry. 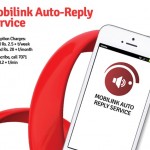