The most visited site on the Internet is 19-years-old today.

As Google turns 19, we’d like to take this opportunity to thank the search-engine giant for being our trusty savior. From finding help on assignments to fact-checking figures for an upcoming presentation to finding the correct spelling or pronunciation of a word, you name it, Google has become a very reliable friend over the years.

While Google started out as a search engine, over the years it has expanded its domain to include a variety of subsidiaries like Google Chrome, Google Drive, Google+, a venture fund called Google Ventures, and it even bought YouTube for $1.65 billion in 2006. Moreover, Google underwent a massive restructuring in 2015, wherein it became a part of a newly-formed parent company Alphabet – Larry Page and Sergey Brin became its CEO and President respectively, and Sundar Pichai took the reigns of Google.

In celebration of its 19th birthday, Google has made a brilliant doodle for itself. Google Doodle is a feature which was started to commemorate notable events around the world and Google is using it to give itself some special treatment on its 19th birthday.

The Google Doodle today is a spin wheel which includes Google’s 19 most memorable doodle games it has ever created. The collection includes tic-tac-toe, Snake game, Solitaire, an Earth Day quiz, and the popular Pac Man game which, according to Rescue Time, when first released, resulted in the loss of 4.8 million hours of productivity.

If you’re at work, try not to click on today’s Google Doodle because it won’t let you finish any of your pending tasks.

Now, excuse me while I go play Google’s Pony Express. 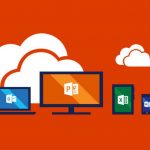