When it comes to security Apple tries to ensure that they oversee almost every loophole through numerous security patches and more. The company had introduced numerous security features rather discreetly which are as follows:

Move beyond passwords with iCloud KeyChain

Apple is taking new steps to move beyond the concept of passwords as it previewed Passkeys in iCloud Keychain which is a new method of password-less authentication. This is primarily powered by face and touch ID.

This feature will be available on both iOS 15 and macOS Monterey. In a nutshell, users get to use their face or fingerprint to now access their device instead of using long and complicated passwords.

Moreover, in regards to the password-less authentication Garrett Davidson, an Apple authentication experience engineer stated the following:
“Because it’s just a single tap to sign in, it’s simultaneously easier, faster, and more secure than almost all common forms of authentication today.”

In order for users to better be aware of what applications are using which components of your device, Apple has now introduced a small update that lets users know which application is using their microphone or camera. This was originally introduced to the iPhone but now it is finally coming to macOS which will allow users to check what apps are accessing their Mac’s microphone in the control center.

Apple has even added security to our clipboard data through a new feature called Secure Paste which allows users to shield their copied data from other applications.

In a nutshell, the data you copy-paste will not be accessed by the applications unless you allow it. The company further stated:
“With secure paste, developers can let users paste from a different app without having access to what was copied until the user takes action to paste it into their app. When developers use secure paste, users will be able to paste without being alerted via the [clipboard] transparency notification, helping give them peace of mind.”

The main concept of this is to have an alternative authentication method for tasks such as adjusting phone settings or reading messages or overseeing Siri requests. The company mentioned in their developer conference:
“Use the secure connection to your Apple Watch for Siri requests or to unlock your iPhone when an obstruction, like a mask, prevents Face ID from recognizing your Face. Your watch must be passcode protected, unlocked, and on your wrist close by.”

When iOS 15 comes around users will be given the option to update to the latest version of iOS or stick to their previous versions of iOS and only receive security patches. In a nutshell, users won’t be left out of security updates irrespective of whether if their devices are incompatible with the latest iOS version. The company further added the following:
“iOS now offers a choice between two software update versions in the Settings app. You can update to the latest version of iOS 15 as soon as it’s released for the latest features and most complete set of security updates. Or continue on ‌iOS 14‌ and still get important security updates until you’re ready to upgrade to the next major version.”

Wiping out your Mac is much easier now

Apple has made their ever-popular MacBook more secure and easier to use especially when it comes to wiping data from it if needed. However, before that, it required users to reinstall macOS and go through numerous yet unnecessary details. Thankfully Apple heard the complaints and is bringing the ‘erase all contents and settings’ which gives users much ease to wipe the data from their device. According to Apple:
“System Preferences now offers an option to erase all user data and user-installed apps from the system, while maintaining the operating system currently installed. Because storage is always encrypted on Mac systems with Apple Silicon or the T2 chip, the system is instantly and securely ‘erased’ by destroying the encryption keys.”

All in all, Apple has really done an outstanding job in ensuring privacy and security for their consumers which is pretty much a joke for other tech giants. 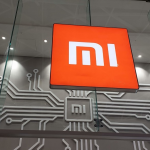 Xiaomi Is Working To Introduce Smartphones With Large Cameras