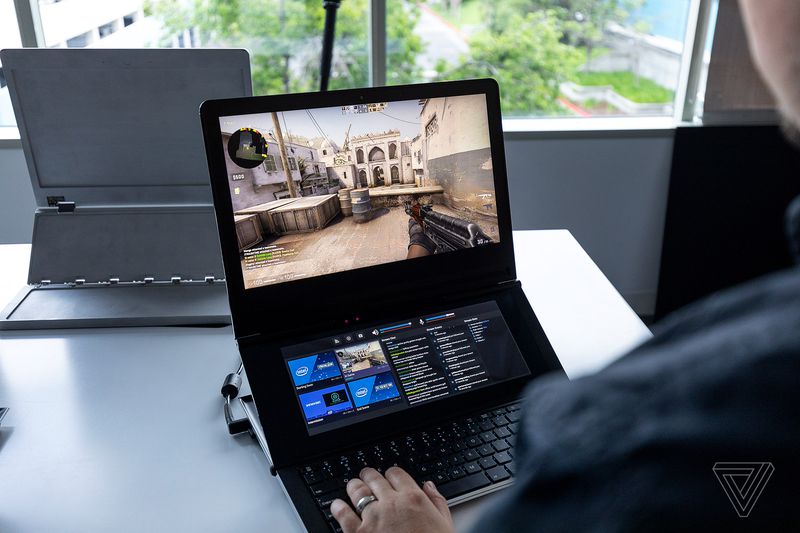 Intel already has a well-deserved reputation as one of the premier chip manufacturing companies in the world, but that has not stopped it from exploring other venues, including (surprisingly enough) gaming laptops. The chipmaker is currently working on a futuristic prototype for a gaming device that bears all the hallmarks of being the best of its kind.

While this project is being carried out in semi-obscurity, The Verge’s Sean Hollister was able to get an exclusive look at it in the company’s Santa Clara lab. Dubbed as “Honeycomb Glacier”, the immense gaming laptop features two screens – a 15.6-inch 1080p primary display coupled with a secondary 12.3-inch 1920 x 720 screen.

Now it’s true that other manufacturers like Asus and HP have introduced secondary screens, they have been integrated within the keyboard itself thereby forcing the users to hunch or bob their heads over it while gaming.

The Honeycomb Glacier, however, smartly solves this problem by implementing a double-hinge mechanism; there is a small one-way roller clutch that allows you to smoothly prop up both screens, and a hinge between the two screen themselves that enables you to angle them in the desired fashion. Similarly, folding them back down is as simple as pressing a black button on the side to disengage the roller clutch.

A close look at the roller clutch hinge (Image Source: The Verge)

Not only does this system make for a smoother and more comfortable gaming experience, but it also leaves enough room underneath the hinge for Intel to implement a customized cooling mechanism that takes in air from the surroundings and uses it to cool an immense 195 watts worth of motherboard components via a single fan. Speaking of components, the prototype in the lab hosted an 8-core Intel CPU overclocked to 60 watts and an Nvidia GeForce 1060 graphics unit overclocked to 95 watts.

Yet another intriguing aspect of this gaming beast is a Tobii eye-tracking camera that allows users to shift their focus to a different screen (a chat window or Twitch stream, for instance) by simply flicking their gaze to that window. That’s right, you won’t have to alt-tab away from your game in order to address your Twitch audience; you just have to look at your secondary screen!

When all is said and done, this is still a project in the works. The software is still buggy, the game stutters occasionally and Intel hasn’t even bothered to use custom components (the secondary screen has been sourced from an automotive manufacturer). However, all it’ll take for this to become a reality is a PC manufacturer to take interest in it and start working on what can potentially be the future of gaming. 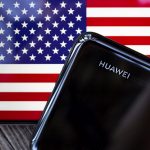 Huawei asks US court to dismiss the US ban