Pakistan Telecommunication Authority (PTA) has been actively working to restrict spam calls and messages who spread misleading info on financial prize schemes. Earlier this month, Lahore High Court directed PTA to stop unwarranted promotional calls and text messages as a result of a petition filed by a citizen. In its move to curb spam calls, PTA has started asking the public via SMS alerts to report “spamming/unsolicited communication” by sending a detailed message on 9000.

As you know that text messaging has emerged as a safe haven for misleading calls on financial prize schemes. Inexperienced mobile phone users are often trapped by SMS mafias who ask for users’ personal details to deliver an expensive gift, car or cash prize. There have been multiple cases, where users were asked to transfer some amount in order to get some bigger prize. Benazir Income Support Program has been abused by such spammers for a long time. PTA has said in an SMS alert that users need to simply type the spammers’ cell number and ‘received text’ and send this message to 9000. As the public notice states;

“To report spamming / unsolicited communication, type spammers cell number space received message and send it to short code 9000. You can also block number from your smartphone if it has this feature.”

It is preeminent to note here that those spammers who will not stop doing so, may face legal consequences according to the law. PTA has stressed the public to cooperate and report any such misleading items so that instant action can be taken. Meanwhile, smartphone users can also block such spammers by adding them to blacklisted numbers.

It is worth mentioning here that PTA Chairman has yet to face another High Court hearing on July 19 and if PTA failed to take satisfactory action against these spammers, the court may impose a penalty on the executive. 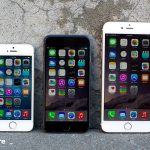