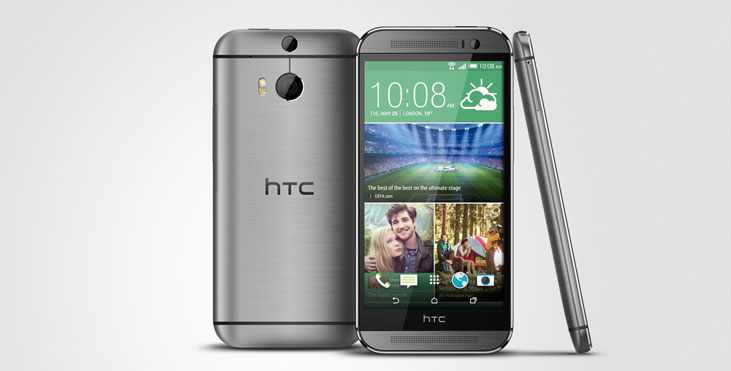 After a plethora of rumors and leaks that ranged from images to HD video reviews, HTC has “officially” took the wraps off its next flagship, the new “HTC One”—or HTC One M8 —as they like to call it. Taking most of the design cues from a number of winning features of the original HTC One, HTC has added a bigger display, on-screen buttons, a dual-lens camera, microSD slot and a revised UI with several software features, for the new One.

On the outside, HTC M8 boasts the same metal unibody frame, but this time with slightly accentuated back-panel curves and shine. On the front, there’s a 5-inch display protected by Corning Gorilla Glass 3 and the signature front-facing stereo speakers, featuring HTC BoomSound™, which we’ve come to know and love since the original HTC One came out. Following the popular trend, HTC took the road to on-screen buttons but there’s still a significantly-sized bezel under the screen where the capacitive buttons used to be, and not everyone agrees with HTC on that decision. 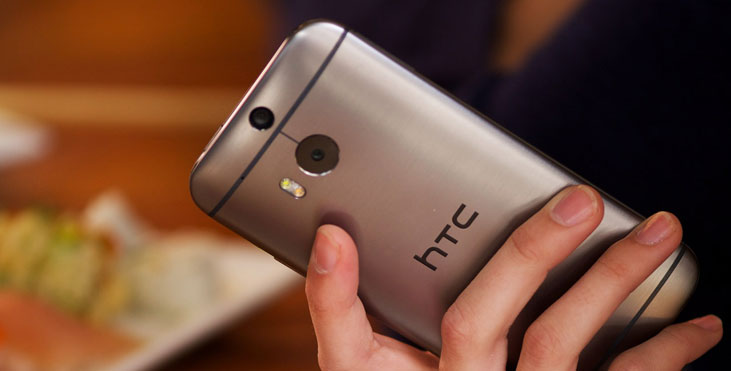 Beneath the aluminum-clad beauty, we’ve got a Qualcomm Snapdragon 801 chipset rocking the quad-core Krait 400 CPUs clocked at 2.3GHz with Adreno 330 GPU, 2GB of RAM and 16/32 GB internal memory options. HTC added the much-demanded microSD card slot this time around, so you can push the external memory up to 128GB. 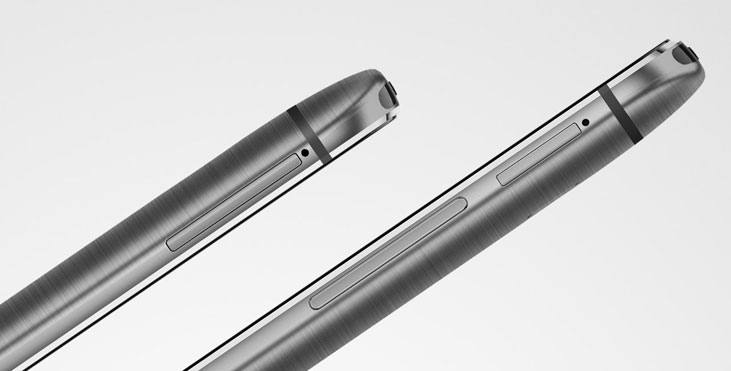 And now, to the killer app which has been a major center of attention ever since we saw the first leaks of the phone. There has been a lot of speculation going on around as to what the purpose of the dual-lens system on One’s back could be, and we have the answer: the second lens supports HTC’s UFocus™ technology to sense the depth of objects in each shot and bring the desired object in focus after the shot has been taken.

HTC decided to stick with the 4MP camera, and a f/2.0, 1/3” sensor with a pixel-size of 2µm promise high-quality in low-light conditions. Other camera features include Pan 360 which helps take 180° x 360° panoramas with new levelling and tracking guides; ‘One-Touch Filter’ effects; ‘Seasons’ effects that add season-themed animation to the still photos; face and smile detection; ‘Smart Flash 2.0’ which refers to the dual LED flash system that can change tone of the shot based on lighting conditions of the environment; HDR modes, and HTC Zoe.

The camera can record 1080p and 720p videos at 30fps and 60fps respectively alongside recording stereo sound. Front camera is 5MP and records 1080p videos as well. Unfortunately, OIS (optical image stabilization) and 4K video recording are absent this time around too. 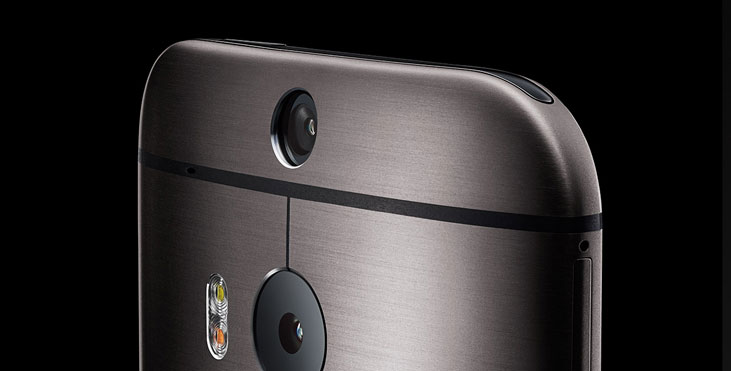 HTC One M8 runs Android v4.4.2 with the sixth iteration of the Sense UI, labelled Sixth Sense™ by HTC. HTC has opened the doors for third-party sources to add data to the BlinkFeed so that all of the news, information and updates that concern you can be displayed and updated right away in one place. These sources include FitBit, Facebook, AOL, CNET, AP, Engadget, Flickr, Foursquare, Google+, Instagram, Twitter, and others. 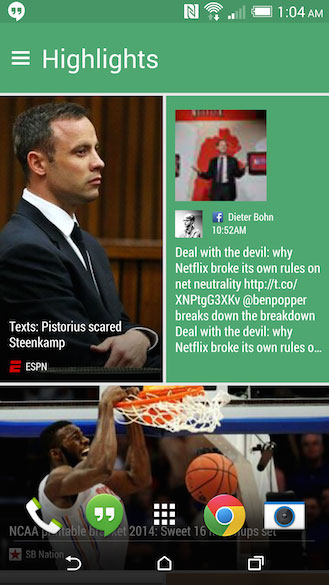 More software features include Gesture Control that takes you to your preferred window right from the sleep mode, without needing to hit the power button. These gestures include:

Rest of the UI has been “flattened” and simplified as well, which include redesigned Task Switcher and App Drawer, Dialer and SMS app, and the ability to change and download new fonts for the system.

To Sum it All Up…

Here’s a summary of all that we know about the phone: 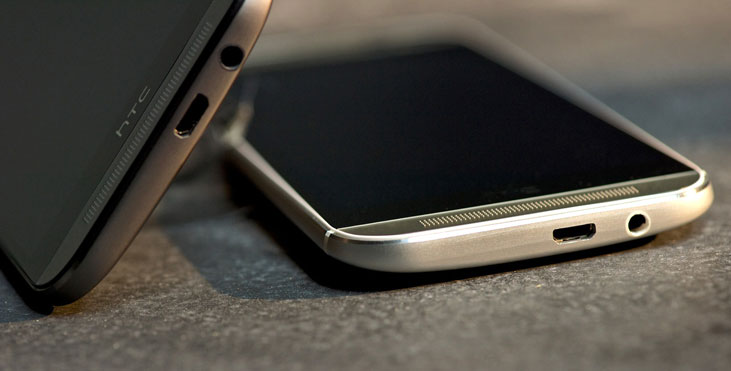 Rest of the Story

All-new HTC One will be available for purchase immediately in USA for a price with contract from $199 to $249, and without contract for $600. The handset will be made available in rest of the world by early May. There’s a Google Play Edition of the device in the pipe-line as well, so the stock-lovers among you might want to wait. But in a country like Pakistan, you’ll have to pay top dollar in order to get “One”.

There are no surprises in the announcement for the most part, but some of HTC’s hardware and software decisions will go a long way in defining its future. HTC is the only major manufacturer that succumbed to the demand of a microSD card slot as no other significant player in the industry has taken this route so far.

For the camera, however, HTC may have put in a lot of effort for coming up with the dual-lens system but its insistence to stick with the generally-criticized 4MP camera is questionable. Most of the original features like the chipset, display, OS with the UI and sound system got the customary upgrades but as we said, there hardly any surprises.

We do wish that HTC had addressed the little issues we had with the original One, but still the new M8 provides an overall decent upgrade over its predecessor. 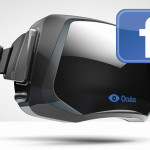