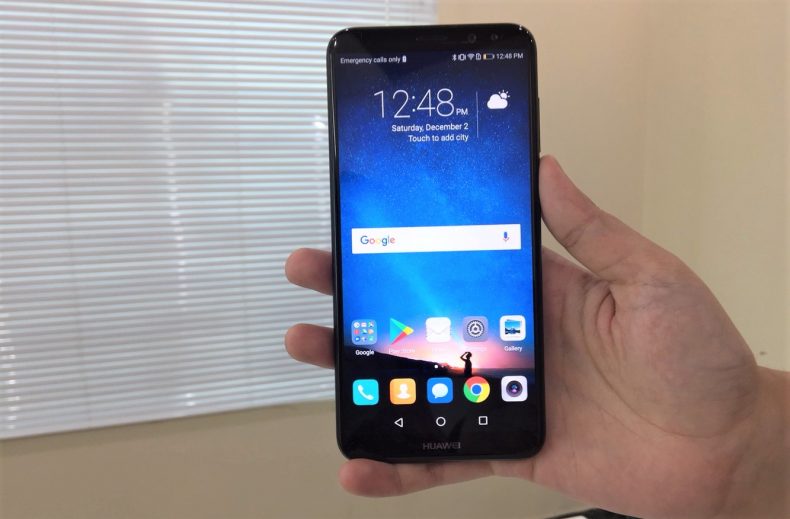 Huawei Mate 10 Lite is one of the best mid-range devices available on the market. Why do we call it one of the best? Because of the reason that the Chinese manufacturer has introduced thin bezels FHD+ screen, 4 gigs of RAM, 64GB internal storage and quad-camera setup in a PKR 28,000 smartphone.

According to the new leaks coming from China, the mid-range champion of Huawei which gives the look and feel of a flagship, Mate 10 Lite is going to get Face Unlock feature via software update.

Huawei being the third largest smartphones’ manufacturer has been a tough rival of Apple and Samsung, especially in emerging markets. Back in November, Huawei claimed that its face recognition technology can do a better job than the one in iPhone X. It looks like the Chinese giant is expediting its move to bring this feature in its smartphones. Although the feature is going to be software-centric, yet we are not sure that whether this will be based on Android Oreo update or not. Until now, OnePlus 5T is the only major smartphone that features Face Unlock based on its customized Android platform OxygenOS 5.0. Meanwhile, the Apple iPhone X uses 3D depth-sensing technology for its Face ID which makes it more secure and no other smartphones manufacturer has been able to beat this technology yet.

One of the most important thing that drives our attention is that Mate 10 Lite is a mid-range smartphone and has offered numerous competitive features in this price tag, hence if it is going to have another exciting feature of flagships, the device will certainly become a trendsetter in mid-range smartphones’ market. The Mate 10 Lite is the first smartphone with quad-camera setup, as it has a dual camera setup on the front as well as on the back. While as we are talking about the Face Unlock feature, so to know about front facing camera sensors of Mate 10 Lite is important. A 13MP sensor lies behind f/2.0 lens at the front of the device with another 2MP camera sensor for depth data. If the software update (possibly Android Oreo-based on EMUI 8.0) comes to the Mate 10 Lite, its front-facing sensors are more than capable of offering a secure and fast processing Face Unlock feature, even better that OnePlus 5T’s Face Unlock.

No further information about the nature of the update has been revealed, however, we can expect that the update is coming very soon. Huawei claims that its upcoming depth-sensing camera which uses infrared rays and a projector to capture 300,000 data points is 10 times bigger than the dataset captured through Face ID in iPhone X, however, this seems to be a thing for the upcoming P-20 series.

Meanwhile, check out the updated prices of Huawei smartphones in Pakistan.