Huawei wants to move US research center to Canada

The CEO of Huawei, Ren Zhengfei, said the Chinese tech giant is planning to move its US telecommunications research center north of the border to Canada. Mr. Zheingfei made the revelation while talking to the Globe and Mail newspaper at his company’s headquarters in Shenzhen, China. This comes amidst the US government levelling criminal charges and economic sanctions against the company as part of a trade war with China. He also said that Huawei is weighing the possibility of opening new factories in Europe to make equipment required for 5G networking. The company is still the global leader in 5G technology, despite its troubles with the United States, and hopes to grab 5G infrastructure contracts in the continent during the upcoming year.

Canada is taking this latest development between Huawei and the US under consideration but has not reached a decision yet. Meanwhile, the company is busy recruiting 300 more employees in the country, bringing the total up to 1,200. At the same time, Huawei has laid off around 350 employees from its US research wing, called Futurewei, from 600 to just 250. The CEO cited communication restrictions as the cause of the job cuts, saying, “We can’t exchange calls or emails with them. That’s why we will shift our focus of development more toward Canada.” He added, “The director in charge of business plans in the United States is actually working in Ottawa.”

While talking about opening equipment factories in Europe instead of keeping them in China, Mr. Ren said, “the cost may be a little higher, but we may be able to win more trust from Europe.” However, there is still much to be done before such a move can be made, such as a feasibility study. 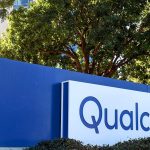 Qualcomm’s latest fingerprint sensor can scan two fingers at once