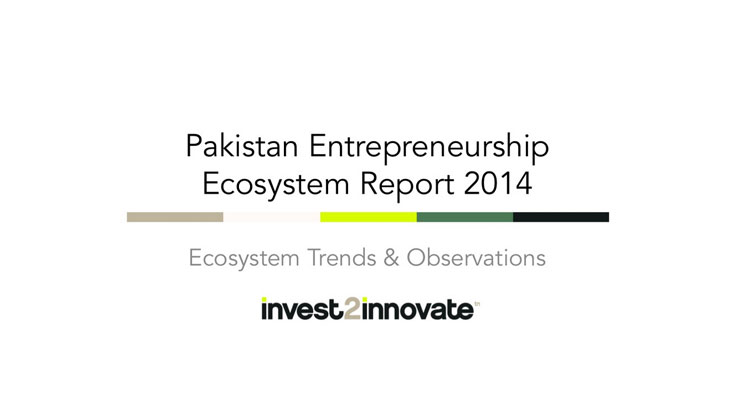 Back in July, World Startup Report released a very detailed, quite encouraging report on the Pakistani Startups. Now, Invest2Innovate has released a Pakistan Entrepreneurship Ecosystem Report that focuses on the essential details of the current system so that people and entities interested can take the first step towards understanding the Pakistani startup ecosystem.

Invest2Innovate was commissioned by CGAP, an office of the World Bank and the report was compiled keeping the standards of ANDE Entrepreneurial Ecosystem in mind. The survey, in which 119 people participated (out of which only 9 were females), helped shape the report and point out the main challenges and problems that the people in the tech industry of Pakistan are facing today. The team also interviewed 15 leading entrepreneurs and various stakeholders to get their take on the issues faced by the startups in the country.

“We hope this study can be used as a resource for players looking to understand the nuances of Pakistan’s growing entrepreneurship ecosystem. While many challenges persist for startups in Pakistan, we are excited and encouraged to witness the increased activity, as well as the number of local leaders committed to improving the enabling environment.”
– Kalsoom Lakhani, Founder & CEO of Invest2Innovate

Also Read: 10 Pakistanis who are Shaping the Tech Industry

The main findings of the report are overall positive. According to the data collected, their has been a significant increase in startup activity through startup competitions and forums. This has been further facilitated by the co operation of leading Universities in Pakistan who have started their own incubation facilities. However, there is still a need for more support from the academic sectors so that we can encourage more startups in Pakistan. The report also found that the increased entrepreneurial activity does not necessarily reflect an increase in startup success rate: in fact many participants give up after a certain number of competitions.

i2i’s report also highlights the problems including complex policy and regulatory framework; there is a pressing need for the government to take a more active part so that startups can be encouraged. Another major problem is the lack of formalized VC and Equity Players. The report enlists and describes some of the main VCs and Private Equity Players but since they are limited in number, most startups have to face many difficulties when they try to raise funding.

The report also contains valuable information regarding the main entities, organizations and institutions operating in Pakistan to help startup growth. The full report can be viewed here. The official hashtag for the report in #peer2014. 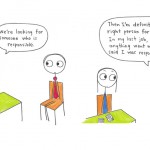 10 Questions asked in an Interview and How to tackle them