ICANN presents plan for transition from US control

The Internet Corporation for Assigned Names and Numbers (ICANN) has revealed its plan to switch its control from the United States government to a group of worldwide bodies. The plan itself comes at the request of the US, which has slowly been receding control of ICANN since its creation and this transition would be the final step. This comes as a result of years of concerns from the international community that ICANN fails to consider international requirements and the perception that the US has control over policies that affect the entire world’s internet traffic.

Strictly speaking, the internet doesn’t have a centralized governing body. However the domain names and IP addresses that are fundamental to the operation of the internet, are maintained by ICANN through its IANA department. Its policies also affect the underlying protocols used on the internet. These roles give it great importance. It was formed by the US Department of Commerce for this purpose, which gave up its direct control in 2008. Legally, ICANN has been a private and independent organization since 2008, with oversight from the US government. However it has been reliant on the US government for some functions, for example the Department of Commerce has the ultimate control in changes to the DNS (Domain Name System) root zone.

The current proposal essentially continues along that road, with contol of ICANN’s IANA department being transferred to an international, multi-stakeholder community. No country would be able to interfere with ICANN’s functions. Instead, a Customer Standing Committee (CSC) composed of stakeholders from the industry and academia will be responsible for oversight of the organization. ICANN would contract a new organization for handling the technical aspects of the naming and addressing system, with its own performance review procedures. If any community feels that this duty is not being performed appropriately, it would complain to ICANN, which would consult the CSC for further action. The proposal also lays down the framework for ICANN’s future relationship with the Internet Engineering Task Force (IETF ) and Internet Architecture Board (IAB).

The following image from the proposal summarizes the oversight mechanism of the proposal. 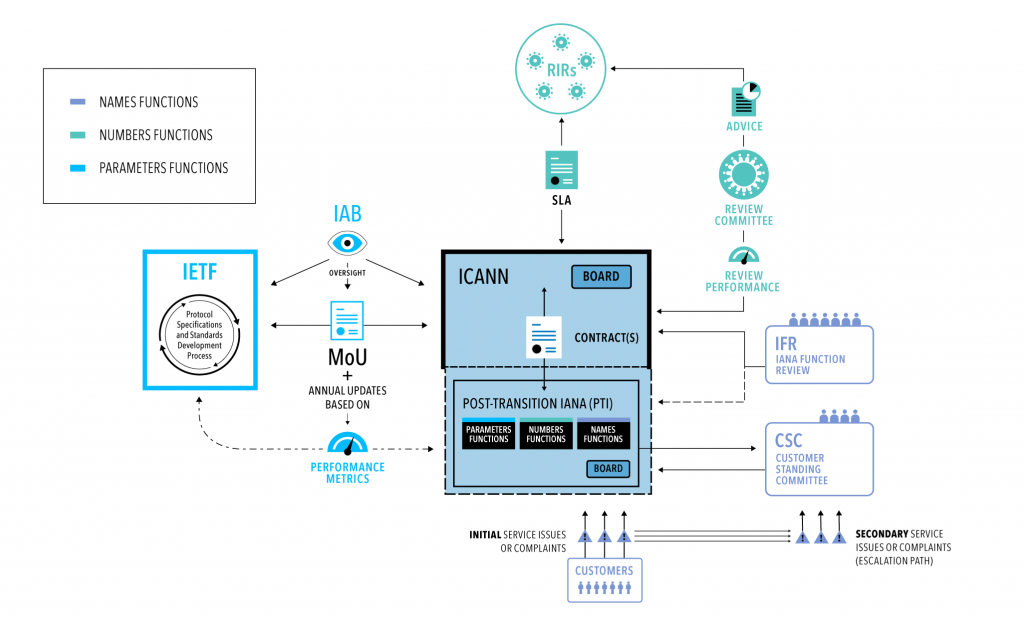 The proposal has been opened for public comments till the 9th of September. After that, the US administration will take the proposal to the United States Congress. Whether it passes through Congress and the form it passes in remains to be seen, as numerous American politicians have expressed concerns regarding the main idea of the proposal as well as its technicalities. According to the current plans, the transition is scheduled to be completed by July 2016. 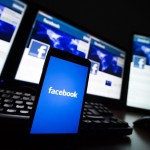