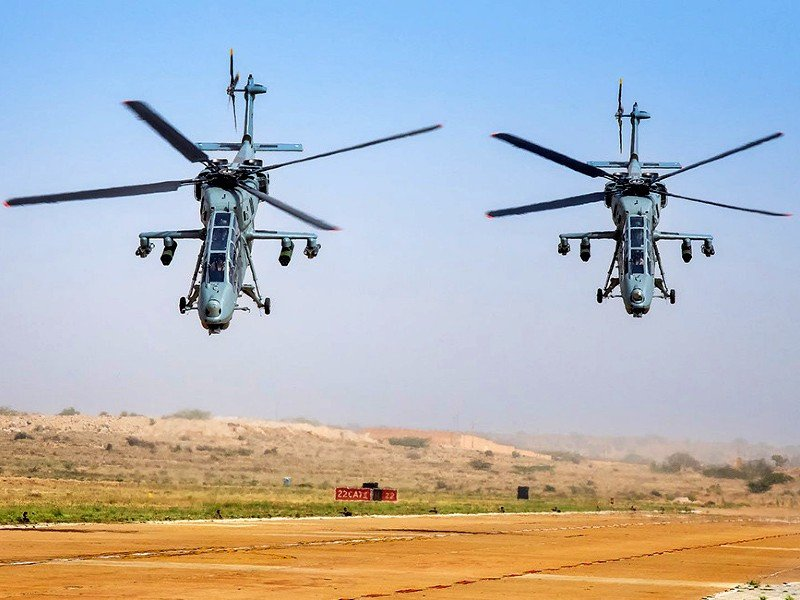 India’s Defence Minister Rajnath Singh sits in a locally-made light combat helicopter “Prachand” during its induction ceremony at the air base Jodhpur on October 3, 2022.

India unveiled its first batch of locally made attack helicopters, designed primarily for use in high-altitude areas like the Himalayas where its troops clashed with china in 2020.

The Light Combat Helicopters are seen as another milestone in Indian efforts to reduce dependence on Russia, its main source of arms and other suppliers.

These machines have been developed and designed by the Rotary Wing Research and Design Centre (RWRDC) of Hindustan Aeronautics Limited and are considered to be the most potent platform because of the systems on board. These birds have highly accurate weapons and have the capability to hit day and night at any type of target. Can operate not only in different altitudes and these machines also have the ability to operate in the complete “Area of Responsibility” (AOR). And can operate fully loaded with fuels and weapons.

Last week the US government announced that Pakistan’s prolonged request for the F-16 equipment for national security and anti-terrorism purposes has been approved and the US will sell $450 Million in F-16 equipment to Pakistan. Following this discussion, the Biden government experienced serious complaints from India’s Government and they claim that they have felt “betrayed” as no one discussed anything with India before the transaction and the new addition F-16 fleet will only be used against India.

The US, under the Trump administration in 2018 decided to stop providing warfare aid to Pakistan due to Pakistan’s lack of efficiency in fighting against terrorism. The neglection of the decision by the Biden administration has come at a time India and the US are also having to contend with differences over India’s reluctance to join the West in condemning Russia’s actions in Ukraine. India has also ramped up its energy imports from Russia, much to the consternation of the West, and PM Narendra Modi said last week there’s immense potential in energy cooperation with Russia. While Pakistan is also trying to form some kind of deal with Russia in order to buy fuel supply and is supporting the Russian stance on the Russia-Ukraine war.

The choppers made by Hindustan Aeronautics Limited (HAL) “will be a big boost to the Indian Air Force’s combat prowess”, Defence Minister Rajnath Singh said at Jodhpur air base in western India.

“It is a momentous occasion, a matter of great pride, and a result of two decades of diligent research and development,” Singh said.

Officials said that the aircraft had been tested at altitudes up to 16,000 feet (4,875 meters) above sea level.

India has been seeking to build up its domestic defense industry, unveiling its first locally-made aircraft carrier last month. This drive has been given added impetus by worriers about future supplies of Russian spare parts following the invasion of Ukraine in February.

While remaining a close ally of Russia— it has refused to condemn the invasion – India also shares Western concerns about growing Chinese assertiveness.

Relations between the world’s two most populous nations plunged after a hand-to-hand battle on their disputed Himalayan border-left 20 Indian and four Chinese soldiers dead in 2020.

The two Asian giants, who fought a full-scale war in 1962, mobilized tens of thousands of soldiers in the region, although they announced a partial withdrawal on September 8.

There has been speculation about the US rewarding Pakistan for, as the Taliban have claimed, allowing the use of its airspace to take out Al Qaeda’s Ayman al-Zawahiri but Indian

Authorities are not aware of any “deal’’. Pakistan has also denied the Taliban’s claims. This is seemingly a tactic from the US to avoid any bad blood from India and the Indian government also claims that though they have been “betrayed”, the acceleration of the relationship between the US and India would not stop. The Indian government also says that though they are sure that this fleet is most likely to be used against India, it wouldn’t make much difference in Pakistan’s stack of weapons Pakistan has collected from China. 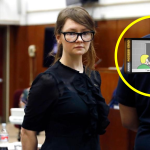