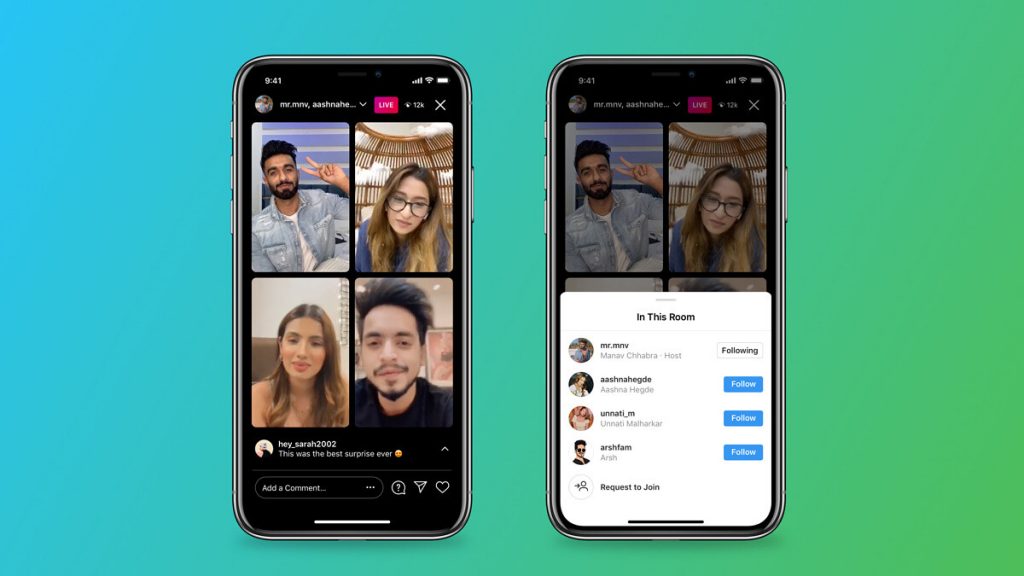 Instagram is taking live videos to the next level as it recently launched a new feature called ‘Live Rooms’ which allows more than two people to engage in a live video. This feature will be made available to all users globally. Currently, the feature allows up to 4 people to be present in a live video in comparison to the previous limitations.

This new feature acts as an encouraging factor to allow digital creators to shift their podcasts, talk shows, and even panel discussions on the platform. Instagram believes that more people going live results in more audience engagement allowing people to be more engaged with other creators and influencers.

The live room feature has become a huge trend in the recent times of the pandemic as major events which used to happen on site have now been shifted to online platforms like Zoom, Microsoft Teams, and even Clubhouse. Clubhouse has had the most impact in this scenario due to its exclusivity on iOS and allowing more than 10 people to speak at once.

Facebook is now looking to counter Clubhouse through Instagram’s new feature. Sooner or later exclusive features for Instagram users may come up to make an impact.