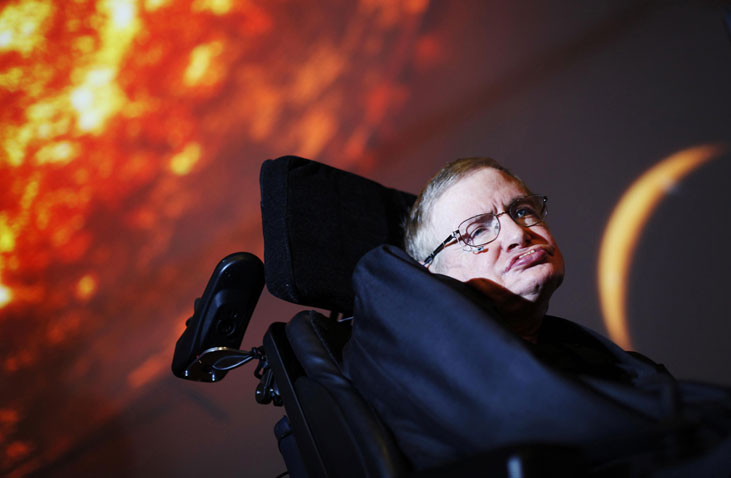 Stephen William Hawking is one of the living legends of our generation and one of the best physicists the world has ever seen. His work in proving the existence of black holes and Einstein’s theory of general relativity have been nothing short of absolutely astounding. The 73-year-old theoretical physicist and cosmologist suffers from amyotrophic lateral sclerosis (ALS), more commonly known as the motor neuron disease, which led to the decline of Hawking’s physical ability and also his speech. Recently, he has been using Intel’s speech-software system to deliver phrases and now, the tech giant has made that software open-source for anyone to use.

Since the 1980s, Professor Hawkings has used computer programs to select and deliver speech phrases but just last year, Intel built a new speech system that integrates a new technology from SwiftKey to help Hawkings accurately choose entire words instead of just individual characters. This drastically improved Hawking’s ability to speak much more quickly and easily. Now, the program has been made open-source so anyone with a PC can use it and improve it.

“Assistive Context-Aware Toolkit” (ACAT for short) is a speech system that lets anyone with disabilities use computers more easily. It is now available for anyone with a PC running Windows XP and up (no Macs). Basically, what this program does is that it detects even the smallest visual cues from the face of a person with disabilities, specifically the movements of the cheek muscle. So apart from the PC, it will also require a webcam but Intel is also trying out others ways like proximity sensors, accelerometer-based sensors, and even their RealSense 3D camera.

“The goal of open sourcing is to enable developers to create solutions in the assertive space with ease, and have them leverage what we have invested years of effort in. Our vision is to enable any developer or researcher who can bring in value in sensing, UI, word prediction, context awareness, etc to build on top of this, and not have to reinvent the wheel since it is a large effort to do this.”

Stephen Hawking started having problems with his speech by the late 1970s and his family members used to translate his speech into intelligible speech in the beginning. In mid-1985, he contracted pneumonia which took away whatever was left of his ability to talk. Thankfully, in 1986, he received a computer program called the “Equalizer” from Walter Woltosz, CEO of Words Plus, which let Hawking press a switch to select phrases, words or letters from a total selection of about 2,500 –3,000 at that time. But with time, he even lost the use of his hand and had to use a communication device which detected movements of his cheeks but it was incredibly slow at just a word per minute. So last year, Intel developed this software after three years of work to help him communicate better.

The ACAT software user guide and download instructions can be found over here at Github.