A statement issued by a PTCL spokesperson at the time said that internet services have been partially impacted in Pakistan and some customers may face minor service degradation. Internet services were disrupted across Pakistan on Tuesday after one of two undersea cable links operated by a private telecommunication company was damaged in a coastal town of Egypt.

Dual cut in the terrestrial segment of SEAMEWE-5 between the cities of Abu Talab and Zafrana in Egypt have been reported. Alternate arrangements to provide uninterrupted #internet services to the users have been made.
Work is underway to remove the fault.

“Dual cuts in the terrestrial segment of SEAMEWE-5 [South East Asia–Middle East–Western Europe 5] between the cities of Abu Talab and Zafrana in Egypt have been reported. Alternative arrangements to provide uninterrupted internet services to the users have been made. Work is underway to remove the fault,”

The SEAMEWE-5 submarine cable system, commissioned in 2016, is nearly 20,000 kilometers long, extending from Marseille in France to Singapore. Currently, there are seven submarine internet cable systems connecting to Pakistan, of which four are operated by Pakistan Telecom­mu­nication Company Limited, two by Transworld Associates, and a new cable system that recently came online, owned by a Chinese company.

Internet providers seemed to have very little information about the distortion and this is the message by one of the private internet provider companies.

“You might be experiencing slow/no internet due to degradation in our uplink provider. Our teams are already in coordination with relevant stakeholders for the earliest resolution. Inconvenience is regretted,”

Much similar happened recently at the start of November in which another submarine cable, SMW5, had a fault. Some internet users had to face slow internet aftermath of the reports of a fault in SMW5, one of the international submarine cables. Moreover, the users couldn’t use specific social media applications because of some issues.

According to the Pakistan Telecommunication Authority (PTA), PTCL informed the internet service providers (ISPs) across Pakistan. The internet will be slow due to a disruption once again going on in one of the international upstream networks.

The report reveals that till now, standard arrangements to make uninterrupted internet services accessible to the public haven’t proved fruitful. The eastbound traffic resulted because of the uncertain issues yet to be solved.

However, according to the latest update, upstream degradation was the breaking down of various international cables (MENA, AAE-1, AND SMW5) in Egypt’s terrestrial segment.

On the other hand, extensive social media applications like Facebook, Instagram, and WhatsApp. They were also down for a short period but became okay after a while. Though, the users of these applications around the country were facing various problems while using them. Some of them also spoke about the issues they were facing. 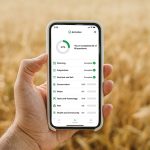