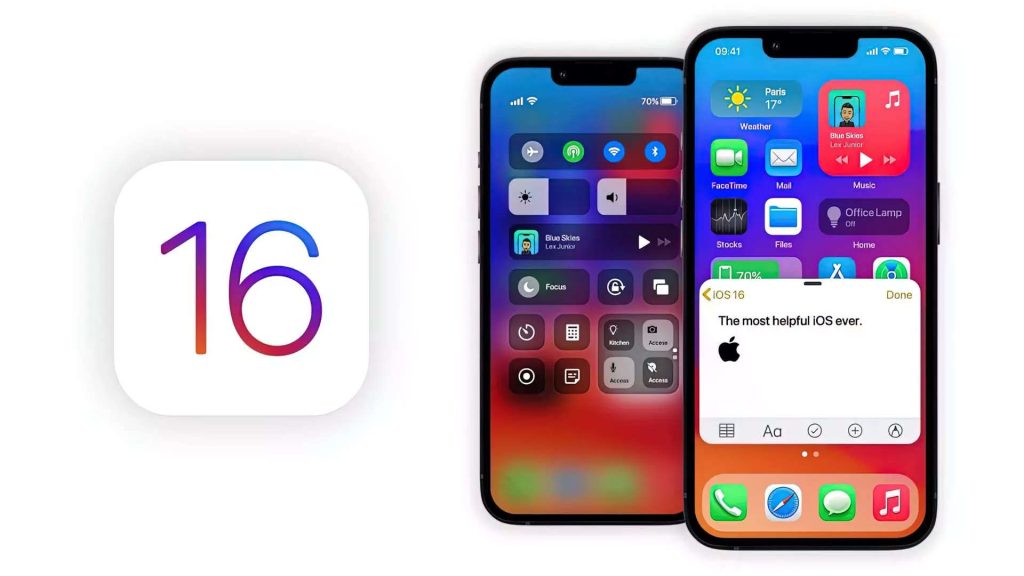 Here’s a look at what you might expect to see after installing:

Lockdown Mode, a new security feature, temporarily disables several essential functionalities of your iPhone that are routinely misused by spyware developers to circumvent an iPhone’s security protections. By disabling these functions, you significantly lower your iPhone’s attack surface, making it more difficult for someone to remotely install malware on your device. It is geared toward vulnerable groups such as journalists, activists, human rights advocates, and even politicians, whose phones are frequently targeted by their own governments.

While the security feature restricts what you can do with your iPhone, it also makes Apple more difficult for attackers to infiltrate your phone and its data. 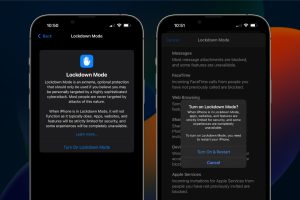 iOS 16 introduces two types of automated updates: one for your iOS software and another for quick security response, a new feature that allows your iPhone to run security hotfixes as soon as Apple publishes them. The goal is to secretly distribute crucial security fixes to devices instead of installing a complete update every time.

This implies that Apple may provide emergency updates to devices, such as those used to safeguard users from actively exploited zero-day vulnerabilities, without relying on device owners to complete the task with a phone restart. 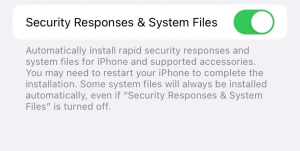 Safety Check is a new feature in iOS 16, similar to a panic button in that it allows you to rapidly stop all shared access to your accounts and data in the event of a dangerous circumstance, such as violent marital relationships. As we reported earlier this year, the feature offers a “emergency reset” option that immediately disables all access to your messages, applications, real-time location, and other sensitive information.

Safety Check is a serious approach to real-world situations that many people confront on a regular basis, and it understands that the technology we utilize can also have negative repercussions. 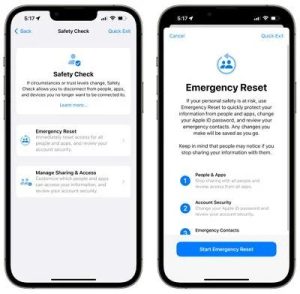 Passkeys may be the key to the widespread acceptance of passwordless authentication that we’ve been looking for. Apple Passkeys allow you to login into websites and applications using your smartphone instead of a password, which may be leaked, forgotten, or stolen, by verifying with your face or fingerprint using Face ID or Touch ID.

Passkeys adhere to a standard established by the FIDO Alliance and the World Wide Web Consortium, allowing passwordless technology to function across devices and platforms. So far, Apple, Google, and Microsoft have joined the collaborative endeavor. Passkeys are explained in detail by TechCrunch, including how they function and what occurs afterward. 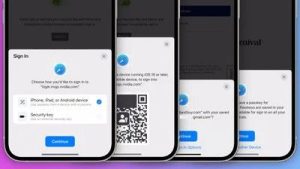 Finally, as a minor but significant security enhancement, iOS 16 now prevents applications from accessing the contents of your phone’s clipboard. In reality, this means that applications will not be able to view any text, image, or material you have copied and are ready to paste into another app. This prevents programs from accessing sensitive information, such as a password taken from your password manager, or uploading it without your consent. 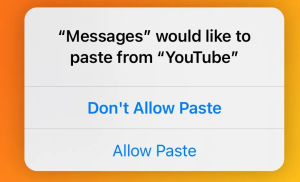 Pasteboard protection, a new security feature, prevents applications from viewing your iPhone’s clipboard without your consent.

Now, with iOS 16, you may choose whether to allow or restrict pasting. It is an additional step for you, but it prevents your personal information from being posted on the internet without your knowledge.

Read:
What Makes the New Apple Watch Series 8 Worth Its Price?
Apple Raises Prices for the iPhone 14 and Watch Series 8; except in US and China
Is the New iPhone 14 Waterproof? Here’s Apple’s Water-Resistance Explained 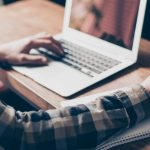