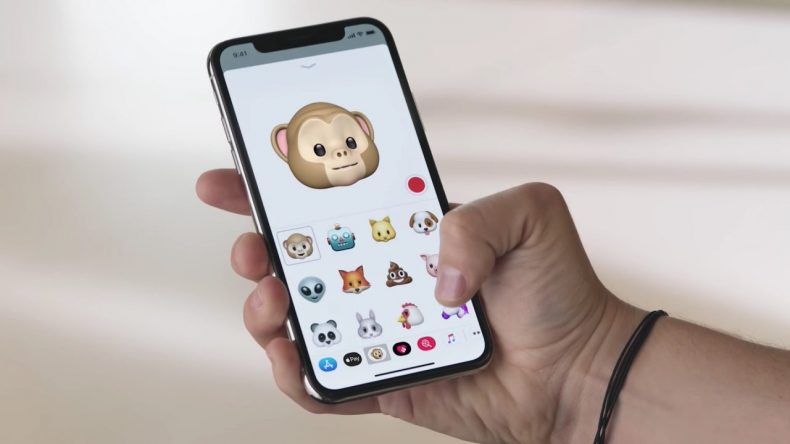 Apple introduced Face ID with the launch of iPhone X. Face ID is a replacement of Touch ID and works through a new, true depth camera. Apple also introduced Animoji with the new iPhone. Animoji are simply the emoji characters which are synced up to with your face through Apple’s new true depth camera and they move as you move your face. They even lip sync with you when you say something holding your iPhone in front of you. People even started to upload Animoji Karaoke on the internet and it has become a new trend. The trend might go away soon but right now, it is a cause of a lot of free publicity for Apple.

The problem with the Animoji is that it is limited to iMessages and you can only record a 10 seconds clip with it. Due to this limited accessibility, people came up with different ideas to record longer clips like using iPhone’s screen recording feature. Now, an iOS developer Simon B. Støvring has managed to create a stand-alone iOS Animoji app using private APIs. The app is called SBSAnimoji and lets you record Animoji clips independent of iMessages. Moreover, you can record 20 seconds longer clips with the new app. The developer says that he is looking into ways to extend the recording time even further.

However, Apple did not make any announcement that if it is granting the access of Animoji API to third parties. So the developer cannot upload it on App Store yet. If you want to try the new app now, you have to sideload it by creating a free developer account.

Here are some of the Animoji Karaoke people are posting on social media.

I made an #animoji #karaoke #iPhoneX pic.twitter.com/W8IjPfSFiD

Groove is in the Animoji pic.twitter.com/3UVzp032yI

“No Roots” by @AliceMerton — Animoji karaoke as inspired by @HarryMcCracken pic.twitter.com/Tfz7992WHN

More Animoji Karaoke for you. pic.twitter.com/pxvxfCUTi2

As you know, Apple has removed the home button from the iPhone X and some people were wondering that now how would they perform different tasks like opening a multitasking menu and switching between apps. To cater this Apple prepared a guided video which shows how to switch between apps, use Face ID and more.;