KFC is accepting Bitcoin for fried chicken in this country 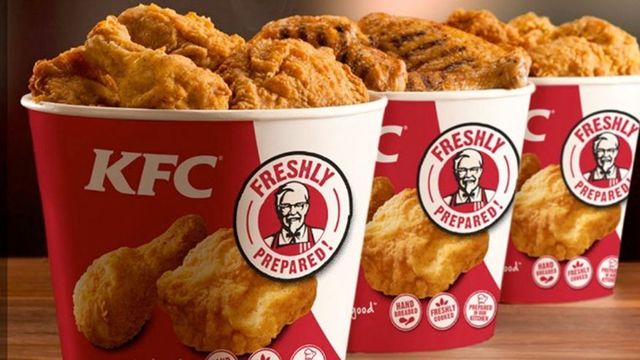 As soon as Bitcoin and other cryptocurrencies have started their epic bull run, many large companies are accepting Bitcoins as a legitimate source of funds. These companies allow their online products to be bought with Bitcoin, amongst them WordPress.com, Microsoft, Wikipedia, and Reddit are popular. Meanwhile in restaurants and fast food service providers this mode of payment is not much common, however, Subway – a globally renowned fast food restaurant, One Shot Hotels – a Spanish hotels chain and such others are accepting Bitcoin as a mode of payment. The latest addition to this list is quite interesting and popular. The famed fried chicken chain, KFC is accepting Bitcoin in Canada for a limited time on a cryptocurrency themed bucket of chicken.

KFC Canada has started offering “The Bitcoin Bucket” which is a bucket full of fried chicken pieces cost around 27 Canadian dollars. KFC is also advertising its new product on Facebook with a live tracker of the standing price of the product. This doesn’t mean that you can just walk into KFC location in Canada and pay with crypto at the cash counter. Instead, you have to pay KFC in Bitcoin via BitPay through an online checkout page. According to the check-out process on KFC’s website, Bitcoin Bucket will be delivered directly to the customer’s address including shipping fee and taxes of $7.60, which makes it 27 Canadian dollars in total.

KFC is boasting the campaign of its new product on social channels with interesting quotes like this,

“If Satoshi reveals his true identity, his bucket is on us. #BitcoinBucket”

KFC has jumped on the cryptocurrency bandwagon by introducing its first product that can be bought with a crypto. However, unlike other enterprises such as; Kodak who saw a surge in stocks after making an announcement of developing their own cryptocurrency, this has caused no impact on the price for Yum! Brands, which is KFC’s parent company. 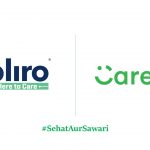