KFC has launched its own smartphone 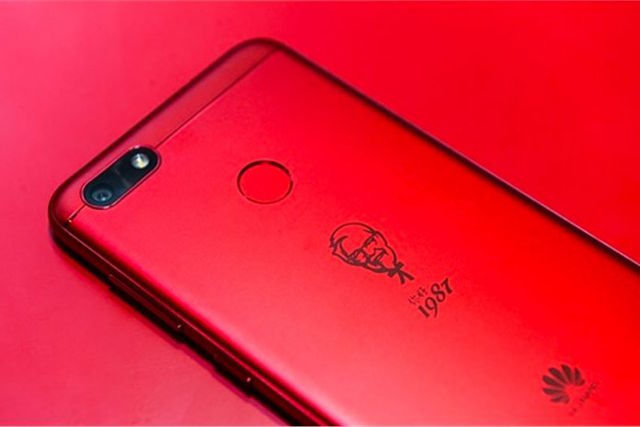 World-renowned fast food outlet KFC has launched its own smartphone. KFC has collaborated with Huawei to make the phone to celebrate its 30th anniversary in China. It is to be noted here that KFC is not selling the phone on a large scale rather it is a limited edition to celebrate its anniversary. The exact name of the phone is not revealed by KFC, however, it is being released in KFC’s traditional color, red.

The phone is somewhat similar to recently released Huawei Enjoy 7. According to the company total of 5,000 limited edition mobile will be released and will cost around 1,099 yuan (US$161.91). The phone will hit the market today and will only be available in China.

Steven Li, Senior Vice President of KFC marketing with Yum China said, “Both brands have witnessed the rise of China in these 30 years, and both embody the spirit of the times. Our collaboration is an homage to the era. The launch of the phone is also an important phase in the brand’s effort to fully digitalise the user experience and venture into smart F&B and entertainment.”

The phone is equipped with a 5-inch LCD display panel with a resolution of 1,280 by 720 pixels. It houses 2GB of RAM and 16GB storage capacity and will also ship with a premium variant which has 3GB of RAM and 32GB of storage space. The phone runs on a Snapdragon 425, Qualcomm’s mid-range system-on-chip (SoC) with the Adreno 308 GPU.

Moreover, the phone will also sport a KFC app.

Apart from the collaboration between KFC and Huawei, mobile manufacturing company Huawei has launched another of its Y-series flagship named as Huawei Y5 2017. Y5 is a mid-ranger and is priced at Rs 15,999. 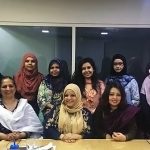