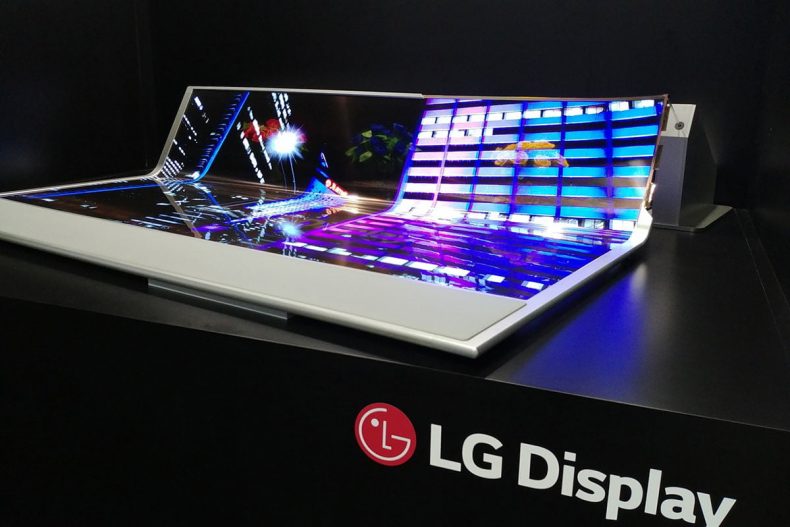 The South Korean tech giant, LG has recently showcased its prototypes of both rollable OLED displays and semi-transparent OLED displays at the Society for Information Display (SID) conference in Los Angeles, USA.

The Korean giant is calling its 77-inch flexible OLED display as the world’s first transparent OLED display which actually is translucent meaning that it will allow light, but not detailed objects, to pass through it, it’s kinda semi-transparent. And this technology has already been unveiled by its Korean rival Samsung which features an ambient mode in its QLED 4K TVs. This enables the TV to blend in the background whenever it’s turned off.

Meanwhile, in LG’s innovative OLED display technology, the OLED panel itself offers Ultra High Definition (UHD) resolution of 3840 × 2160 with 40% transparency and interestingly, it can also be rolled up to a radius of 80mm without affecting the functions of the display.

“LG Display is proud to have a pioneering role in the 50-year history of LCD innovations by introducing world-first and world-best technologies such as IPS. We will continue to create innovations in the display industry by establishing a new display paradigm with OLED technology and opening another revolutionary chapter of display history.”

Furthermore, the company also showcased Quad HD displays which were 16.2-inches and 12.3-inches in size and they will be used in automobiles for passengers seats.

While the new technologies unveiled by LG Display may take more than a year to arrive in emerging markets like Pakistan, this should compel you into believing the reality that LG has taken the charge in OLED innovations.