TechJuice > Technology > This magazine signed by Steve Jobs sold for $50,000

This magazine signed by Steve Jobs sold for $50,000 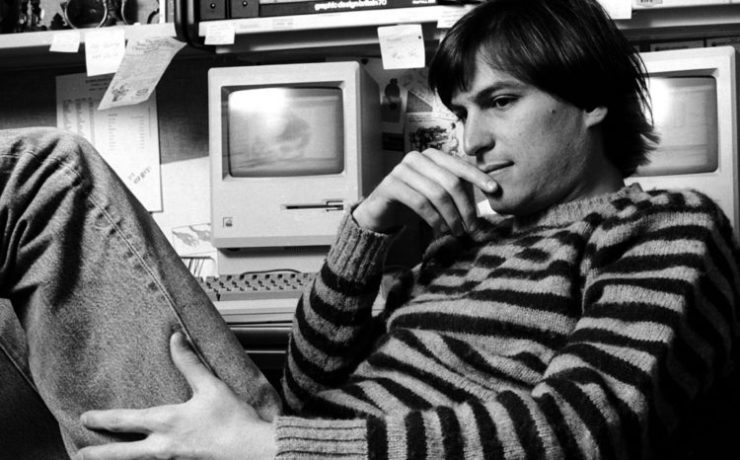 The magazine dates 29 years back to October 24, 1988. The headline of the magazine reads “Mr. Chips. Steve Jobs Puts The ‘Wow’ Back In Computers” and it has a cover photo of Steve Jobs who was 33 years old at that time. The magazine covered the story behind the unveiling of the very first NeXT Computer. The most interesting thing about this particular copy of the magazine is that it is signed by Steve Jobs.

Back in October 1988, Diane Williams from California, who used to work for a private company met Steve Jobs at the unveiling event of NeXT computers. She asked Jobs for an autograph and Jobs replied that “I don’t do autographs”. Diane then asked Steve to “write something from the heart then”. This won Steve’s heart and then he wrote “I love manufacturing” on the cover page of the same magazine. This is that copy of the magazine which sold for over $50,000. 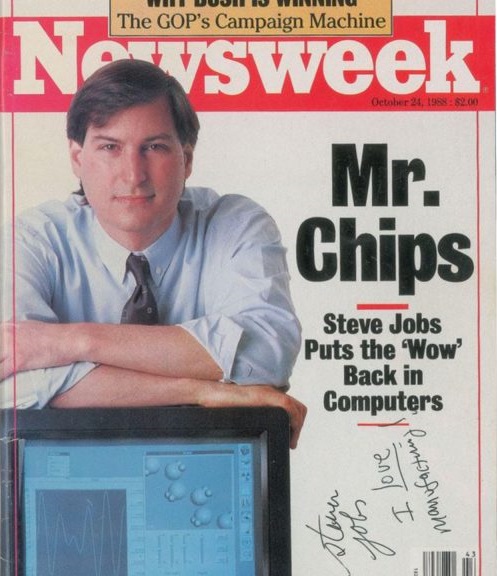 Diane wants the magazine to be put on display for the world to see. Here’s what she had to say:

“Never in my wildest dreams did I ever imagine that I would let it go. But it needs to be let go. I hope that it’s going to be an organization or an institution that puts it on display for others to be able to see.”

The magazine is sold for exactly $50,587 and the winner is an unknown person from Chicago. It is not the first time the Steve Jobs autograph has gone on sale. Some autographs were also sold in the past from $19,000 to $40,000.