Last night, a 220 KV transmission line suffered a major technical fault at the national grid resulting in a black out at several regions in Pakistan. These areas included Sindh, Balochistan, Khyber Pakhtunkhwa, and parts of Punjab, whereas Karachi took the worst hit with 90% of the city plunged into total darkness.

The restoration work has already been started which will take 2-3 hours to fully restore the power at the affected regions. 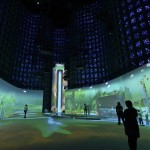