Man dies performing a stunt for cryptocurrency on Mount Everest 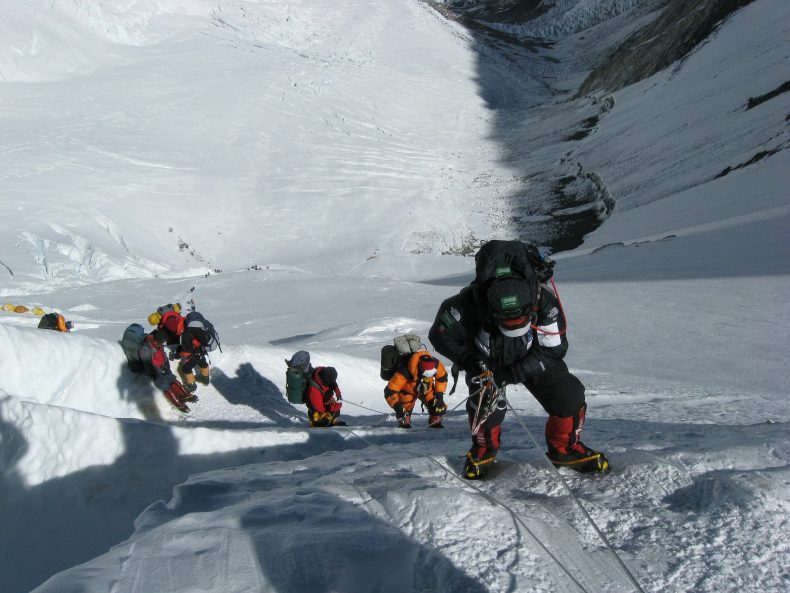 During the stunts performed on Mount Everest to advertise cryptocurrency for ASKfm, Lam Babu Sherpa accompanying four Ukrainian crypto enthusiasts is claimed to have lost his life. While descending from the mount, the group had lost track of their guide and somehow safely made it home. Upon reaching, the group notified that a Sherpa was left behind and is probably dead by now.

To shoot a promotional video at the Mount Everest, ASKfm placed $100,000 worth of ASKfm tokens (also known as ASKT, ASKfm cryptocurrency) in two nano ledger (hardware wallets) on the Mount, challenging people to come and get them. Their intention was to raise money for the launch of ICO (Initial Coin Offering) by offering the investors an early investment by selling their cryptocurrencies.

ASKfm didn’t mention the incident at first and later in its ‘celebratory’ post stated that:

500,000 ASKT will stay on the peak of Mount Everest for someone who is brave enough to climb the mountain.

Upon descending, the weather had drastically worsened and everyone had to care for their own selves. Later, one of the members stated that:

“At the top of Everest the weather was very bad, and then we were coming down. We were going down to Camp 4, which is at about 7900 m, and one Sherpa was dying. That’s all we know. … He was behind us, so we don’t know what happened to him. We were going fast and the Sherpa wasn’t coming with us. He was coming behind so we didn’t see him.”

One of the Sherpas went missing later on and was presumed dead.

It’s crazy how people are going beyond borders to earn cryptos. ASKfm challenges people to risk their lives for ASKT tokens and encourages crypto fanatics.