Yes, you heard that right. It’s not the Samsung S7, not the LG G5, not the Sony Xperia X, nor the Xiaomi Mi 5 that is boosting an astonishing 6 GBs of RAM; it’s a smartphone called the Vivo Xplay 5 Elite that was announced recently by the Chinese company Vivo Electronics.

On 1st March, almost a week after the MWC 2016, Vivo Electronics held a special event in China to announce their next flagship – the Xplay 5. However, just like the famous duo of S5 and S5 edge, the Xplay 5 was announced in two models – the Xplay 5 and the Xplay 5 Elite (also dubbed the Xplay 5s). The latter though, caused havoc in the smartphone arena, as it was announced with 6 Gigabytes of RAM.

Vivo Electronics is a smartphone company in China that was first launched in 2009. However, the company did not get much of the spotlight in the years since its inception until just recently. The company’s latest announcement of the Xplay 5 Elite smartphone has taken everyone by surprise.

The Vivo Xplay 5 Elite features a unique 5.43” Super AMOLED QHD screen with a powerful Qualcomm Snapdragon 820 but the feature that really stands out is the 6 GB RAM installed in the smartphone. The smartphone has finally broken the 4 GB RAM barrier that had been set by the Asus Zenfone 2 in January last year.

Apart from the 6 GB RAM, some of the key features Vivo Xplay 5 Elite include the 128 GB internal storage and the fingerprint reader on the back of the phone. The smartphone is made entirely of metal and comes with the latest Corning Gorilla Glass 4 for protection. The Xplay 5 Elite will run Android Lollipop (v5.1) out of the box with the Vivo Funtouch launcher. The smartphone is expected to be released on 8th March in China but currently, there is no news on the global availability of the smartphone. 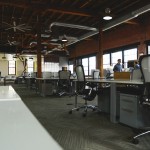