Microsoft Edge has been sneakily installing apps without user permission

Microsoft Edge isn’t exactly the best browser on the planet, and if tales of its recent stealthy behavior are anything to go by, it’s not going to get any popular with the masses.

The browser is reportedly installing Office web apps on Windows 10 PCs, without user permission. It’s alright if you haven’t noticed this yet, because only a select group of Windows testers using the preview versions of Windows 10 have caught Edge red-handed.

Typically, Office web apps are available for installation in your browser, be it Edge or Google Chrome. Users signed into their Microsoft accounts can choose to take advantage of them and install them if they want to. Also known as Progressive Web Apps, these free apps include the likes of Word, Excel, PowerPoint, and Outlook.

However, as reports suggest, some testers have noticed that at least four of these apps (the aforementioned ones) have been quietly installed on their system along with their shortcuts on the Start menu. They did not authorize this installation, and it basically just happened automatically.

Of course, if this does happen with you, you can always opt out of these apps. You can remove Office web apps directly, or uninstall them using the Programs & Features section of the Control Panel.

So while the fact that apps are automatically getting installed without your permission and you have the option to delete them isn’t exactly alarming news, it is still a sneaky move made by Edge that it must be no doubt aware of. 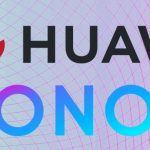 Huawei to sell parts of its Honor smartphone business