Microsoft is one of the major global technology brands that are currently making serious efforts to maintain a presence in developing South Asian markets. With steps such as establishing and maintaining local Innovation Centers, arranging Windows Phone Hackathons and donating to local tech initiatives, Microsoft has become one of the dominant forces in Pakistan’s technosphere.

In a drive to raise awareness regarding Microsoft’s Kinect development platform among software developers, Microsoft is providing free access to competent Pakistani developers to use the Kinect sensor at Microsoft Innovation Centers. Microsoft Kinect, which is an advanced motion sensing input device, is not officially available in Pakistan at the moment, and can prove to be overly expensive for student/independent developers who wish to test a project idea or prototype that implements the said technology. Developers who succeed in gaining the approval to use the device will be able to test their ideas and project prototypes at their nearest Microsoft MIC/office.

According to the details made public by Microsoft Pakistan, Kinect sensors are being made available at Microsoft Innovation Centers (MIC) and offices located at:

In order to gain access to the sensor, interested developers can contact the MIC directly via their Facebook page, from where they will be guided further. Developers who are currently studying at a university can lodge a formal request with the Microsoft Student Partner (MSP) at their university. MSP will furnish the required details on how and what information to provide to initiate the request with the respective MIC. It is required of the applicants to be knowledgeable enough about the technology and must have a workable idea or prototype to increase their chances to acquire device access.

We got in touch with Muhammad Umer from Macro-Management System department of Microsoft Pakistan in order to enquire a little more regarding the program, and what follows are the answers to some questions that might arise in the minds of those wanting to avail this opportunity.

TechJuice: Will the access to Kinect sensors be completely free for approved developers?
M. Umer: Yes, they are free for developers who are willing to develop solutions using Kinect for Windows Sensor.

TJ: Since the hardware cannot leave the premises, will appropriate arrangements (seating arrangement, access to outlets, related commodities, etc.) be made for developers to comfortably develop and test their applications?
MU: Yes, MIC is a very beautiful facility where developers can come and develop apps on a very comfortable & friendly environment.

TJ: Will MIC approve multiple developers from a team on the premises for testing purposes? If yes, how many?
MU: It depends on case to case basis, but since a team consist of usually 2-3 members, we can accommodate.

TJ: Does Microsoft Pakistan has any plan to let the developers “borrow” the devices in the future?
MU: We are working out on this & we will inform our developers if such arrangements are made for them.

TJ: Can only current university students apply for this program? What about independent developers who wish to access the hardware?
MU: No, it is not only limited to University students, any individual developer or Pro-DEV can ask us to use the sensor.

TJ: What if a university doesn’t have any certified Microsoft Student Partner appointed at the moment? What would be the most appropriate channel for students to contact Microsoft Pakistan in that case?
MU: We have our MSPs in every university that is covered under the umbrella of HEC, however if they don’t have any MSP in their respective university, they can directly reach out to us at mickarachi@microsoft.com. 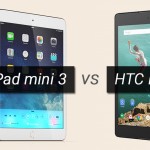