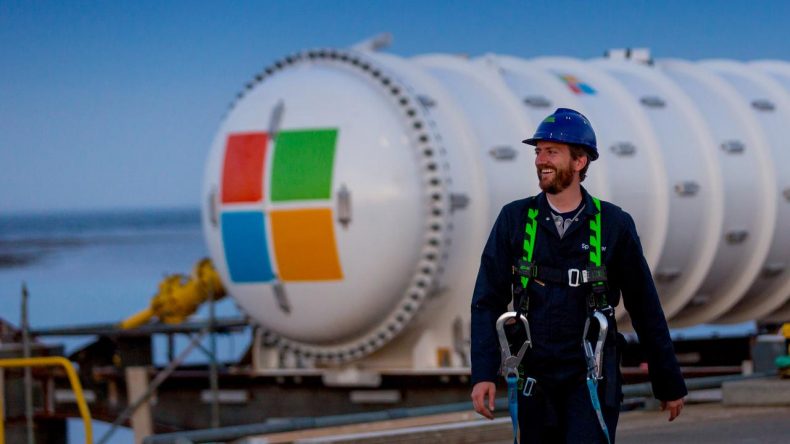 Off the coast of Scotland’s serene and peaceful Orkney Islands, cold wind blows and a damp fog stays in the air through out the year.

Microsoft has announced that it has sunk a data center in the sea off Orkney for testing energy efficiency under water. The data center comprises a white cylinder with some computers. Orkney was opted considering that the place is a major center for renewable energy research. The data centre provides coastal communities with high speed cloud computing capabilities and internet connectivity. 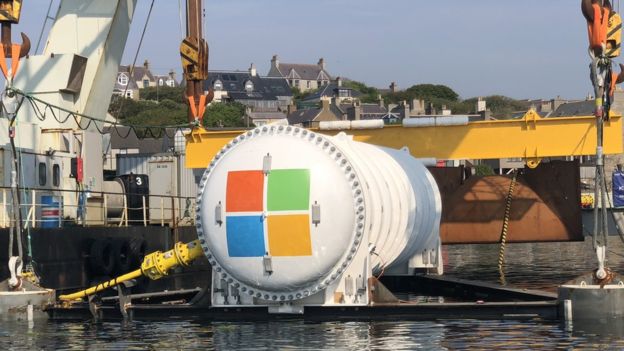 There is an undersea cable that supplies power to the data centre and transfers its data to the shore and wider internet.
The major reason for going underwater is that the cost of cooling the computers can be significantly reduced by taking them underwater. Furthermore, as there are no people, all the oxygen and most of the water vapors can be used out of the atmosphere that minimizes corrosion. This is a major issue in data centers on land.

However, computers cannot be repaired if they fail but there is significantly lower chance of failure. The data center has enough room to store five million movies even though it is quite tiny as compared to that giant data centres that can store so much information.

The first experimental data center by Microsoft was sunk underwater off the coast of California in 2015. This project at the Orkney Islands was started after the first phase of Project Natick was successfully completed. If the second phase of this Project Natick becomes successful, Microsoft looks forward to sinking groups of five such cylinders and will be able to deploy a data center offshore in 90 days. The same could take years on land.

Microsoft will monitor the project for a year to understand the functionality and practicality of the idea of data centre undersea. Microsoft believes that there is a lot that needs to be done before the project can become reliably scalable.If this project becomes successful, this means that millions of people who reside in coastal communities will be able to use internet without consuming the polluting energy resources that power data centres on land.