Microsoft unveils its innovative Xbox controller for gamers with disabilities 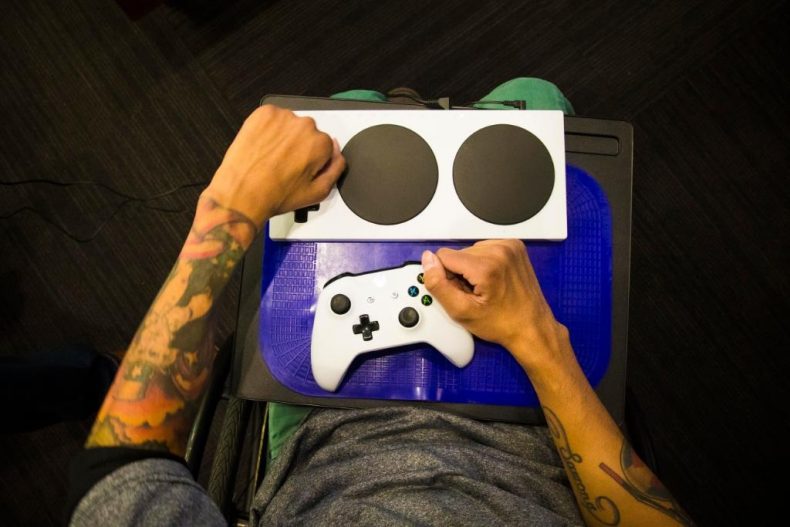 Microsoft has recently showcased its new Xbox controller with customizable features for disabled gamers. The company’s new Xbox Adaptive Controller is targeted at users with a range of physical disabilities and is set to launch later this year.

The new Xbox controller appears to be a rectangular gadget with two large buttons and 19 jacks or ports that can be connected to a range of external switches, buttons, mounts, and joysticks, each 3.55mm in size. The purpose of these ports is that the devices that mimic those button functions can be plugged in and used as a traditional controller.

Microsoft was careful to create the controller in a way that preserves fairness in competitive gaming. Yaron Galitzky, the general manager of Xbox Accessories, stated;

“This is an addition. It doesn’t take away from anyone else’s experience. And it enables people to do the exact same things that every other player is doing. It does not give them an advantage.”

This wireless controller is designed so that users can place it on their lap while gaming but can be mounted with hardware and attached to a wheelchair or desk. The controllers can be used for Xbox One and Windows 10 PC games as well and the price of the device is $99.99 only.

It’s great to see a tech giant thinking this way about making its products more accessible to a wider audience. Hopefully, it’ll boost the development of allied peripherals and see them become available at lower price points too.

previous
Careem gets its first female driver in Saudi Arabia
random
next
Beyond tax holiday, these five major incentives will accelerate the growth of Pakistani IT industry
Trending Posts