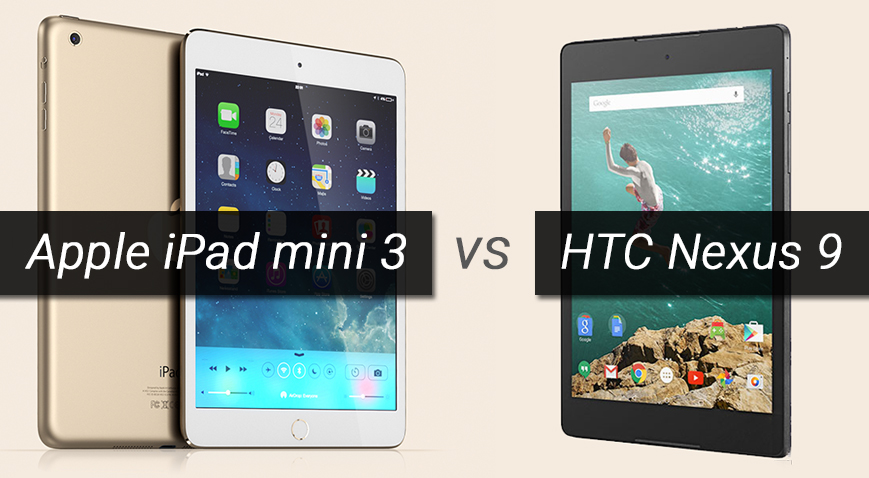 The latest mid-sized tablet offerings from Apple and Google went official only a few hours apart earlier this month. iPad mini 3, the smallest tablet in the Apple’s iPad family, was announced alongside its larger sibling—iPad Air 2—which definitely belongs in the premium category. HTC-manufactured Nexus 9, on the other hand, is slightly larger than iPad mini 3 and continues the legacy of Nexus 7, a small but capable, low-priced Asus-made tablet for Google.

Low price used to be the main selling-point of Nexus series of devices but this year Google has taken a surprising turn in Android’s history. Its Nexus 6 and Nexus 9 devices are being offered for prices that are comparable to their rivals, hence for the first time, it makes more sense than ever to do a head-to-head comparison of the devices. So let’s dig in deep and see what exactly the top-dogs in tech have to offer this year.

iPad mini 3 doesn’t offer any significant upgrade over the last year’s ‘iPad mini with Retina Display’ (colloquially known as iPad mini 2), except for a couple of changes. All the major internals remain the same, including processor, chipset, and RAM. iPad mini 3 boasts the 64-bit Apple A7 chipset, ARM v8-based dual-core 1.3 GHz Cyclone CPU, and quad-core PowerVR G6430 GPU. Apple devices are known for their optimization, so 1 GB of RAM on mini 3 will just be enough. 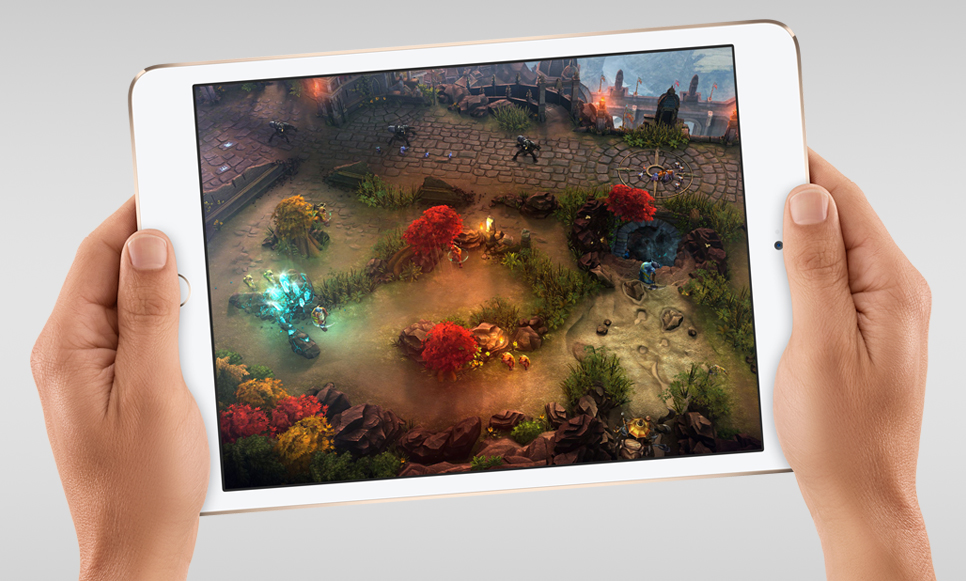 Nexus 9, on the other hand, is the first Android tablet to natively support 64-bit software and hardware thanks to the Nvidia Tegra K1 chipset and dual-core 2.3 GHz Denver CPU. Coupled with 192-core Kepler DX1 GPU and 2 GB of RAM, Nexus 9 promises super-fluid performance.

iPad mini 3, not unlike other Apple mobile devices, sports a premium-looking aluminum body which, at 331 grams and 7.5 mm thickness, is extremely portable. Apple’s iPad mini 3 has an LED-backlit 7.9-inch IPS LCD display which sports a resolution of 1536 x 2048 px. (~324 ppi).

Nexus 9 has a slightly larger 8.9-inch display with the same resolution which translates to a little less pixel-density (around 281 ppi). Device’s design takes a leaf from its smaller Nexus family sibling, the Motorola Nexus 6, and boasts brushed aluminum accents running on the borders of the device which complements the curved soft plastic finish on the back-panel. 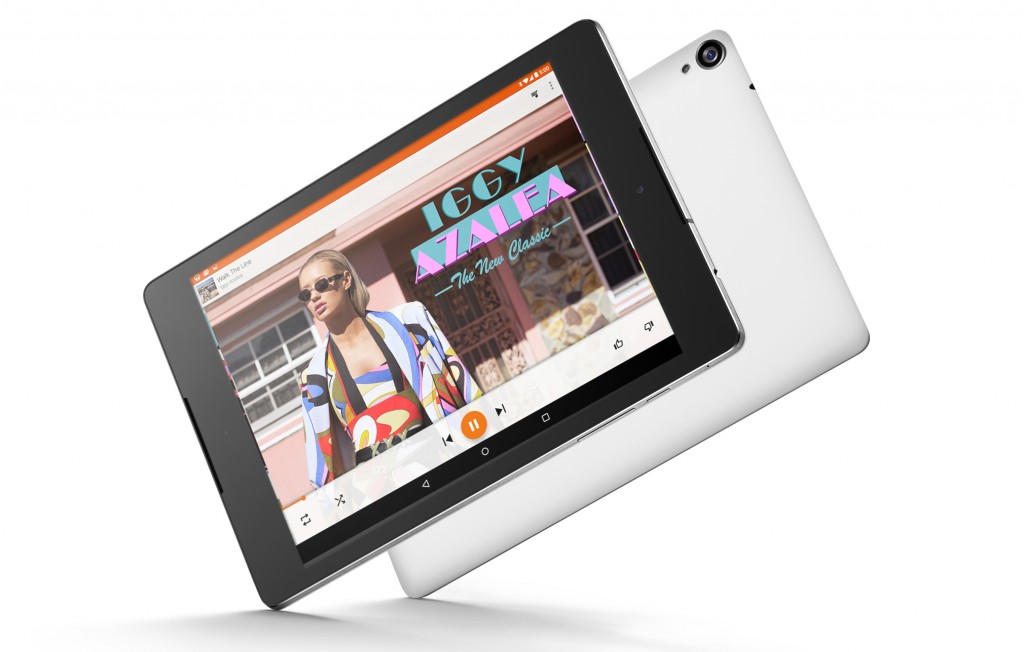 Apple iPad mini 3 has a 5 MP primary camera that is capable of shooting HDR photos, 1080p videos, face and smile detection, autofocus, and touch-focus. The secondary camera is 1.2 MP with 720p video recording capability. There is still no LED flash to accompany the camera.

Nexus 9 is the first tablet to come with Android’s latest release, Lollipop, which introduces a number of improvements in all departments of the software including performance, security, design, multimedia and imaging capabilities, among others. Apple iPad mini 3, on the other hand, comes with iOS 8.1 which is the first major update since the introduction of iOS 8 itself, dubbed the biggest iOS release since the original iPhone. Both operating systems aim to provide a smooth and enviable user experience while squelching the annoying bugs and issues associated with the two. 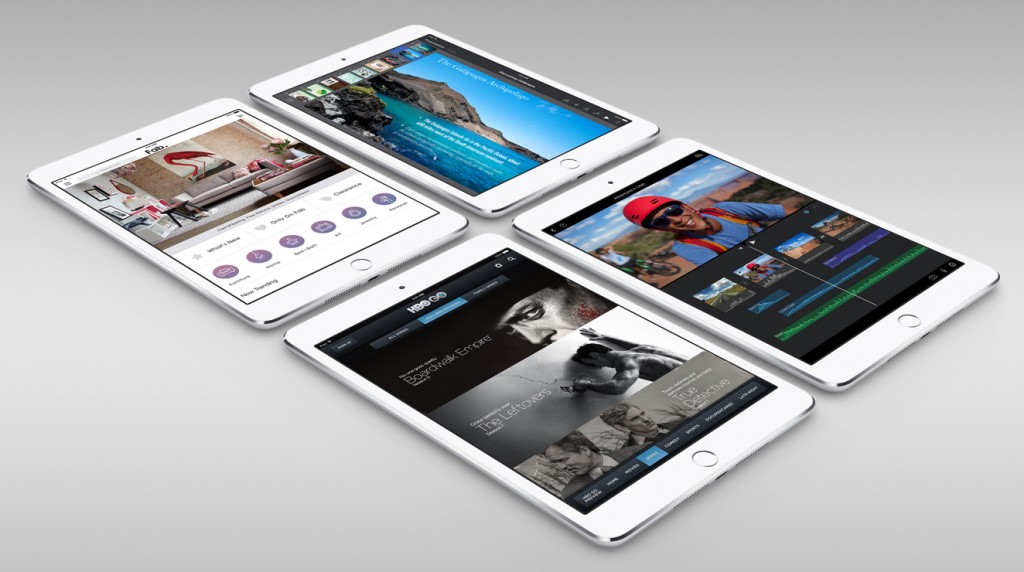 Taking pride in the optimizations it does on both software and hardware end, Apple doesn’t reveal the ratings for the battery packs found in its devices. Only thing we can get from the company is wattage (23.8 Wh) and usage time (up to 10 hours of multimedia usage). Nexus 9, however, has a 6,700 mAh battery which provides more or less similar figures for usage.

The only major change in iPad mini 3 when compared to last year’s iPad mini 2 is the addition of TouchID, Apple’s proprietary fingerprint scanner technology which, apart from being a swift way to unlock the device, also enables the user to authorize Apple Pay transactions.

Both devices feature stereo speakers but Nexus 9 sports an advantage as its BoomSound speakers are front-facing, found on the either vertical extremes of display. 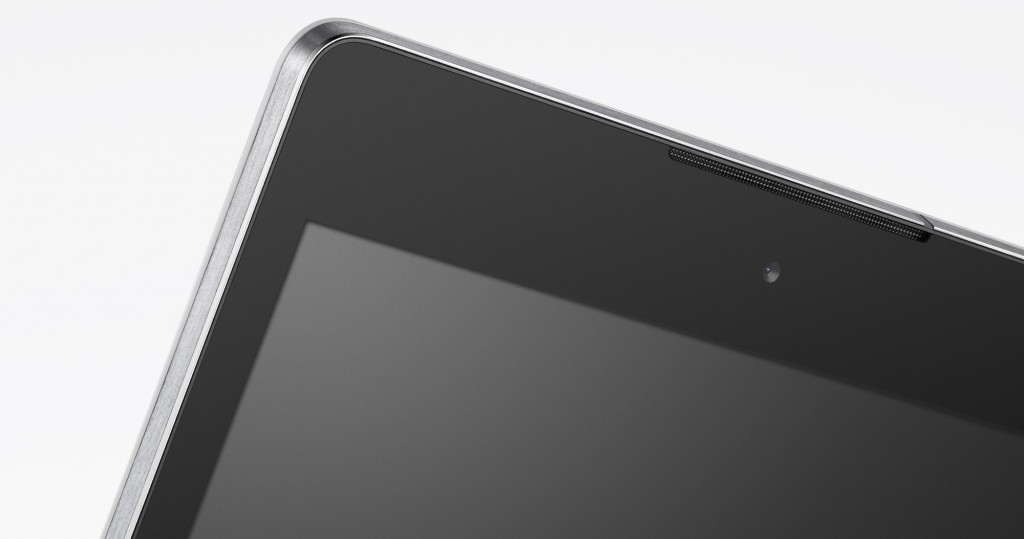 Finally, here’s a side-by-side specs comparison chart for the two devices (click on the image for a better view): 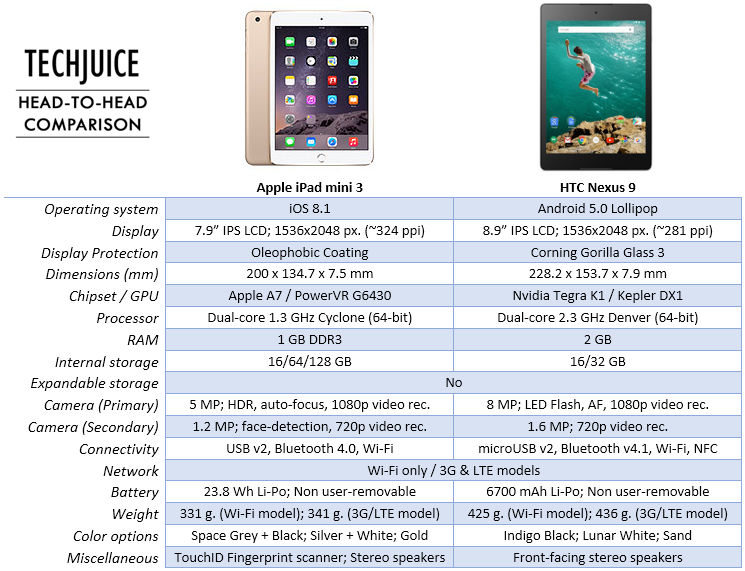 Nexus tablets used to provide great value for money because of their highly-subsidized price but for better or worse, those days are long gone. Now that the Nexus-series tablets are directly competing with iPad and other contemporary devices (and not just for the price-range), at the end of the day, one cannot simply advise others to go for the product “that meets their needs the best”.

In our scenario, therefore, the choice might be as clear as a sunlit day for the majority: iPad mini 3—thanks to its unbeatable ecosystem, excellent battery life, premium build, highly-optimized hardware-software synergy, and future-proof software—is the obvious choice. We sorely wish Google/HTC had introduced a few game-changing features with Lollipop/Nexus 9 like multi-window support or a stylus perhaps, but for now the Nexus tablet simply doesn’t offer any added advantage over the iPad mini 3 except the front-facing speakers, and even those can be rendered useless by a set of earphones. 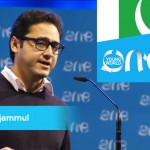