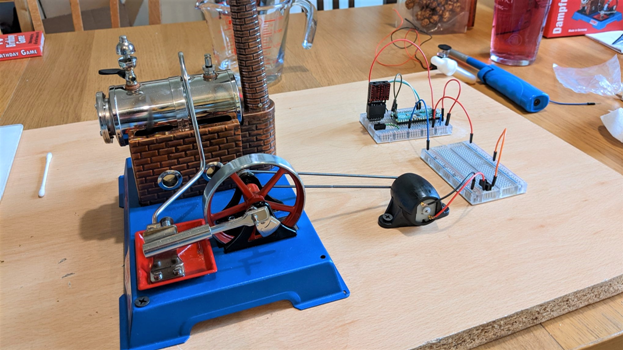 It could be challenging to estimate the amount of power that a Raspberry Pi project would consume, but the design that creator Mike Bell developed takes the idea to an entirely new level.

Using a little steam-powered engine, he was successful in powering a Raspberry Pi Pico along with a couple of its accessories. Although we have witnessed several innovative power solutions in the past, none truly compares to this one.

According to Bell, the steam engine requires around two to three minutes for the water to boil once it has been started.

After everything has been heated up and is ready, the Pico can run for approximately 12 minutes until all of the water in the boiler has evaporated. The boiler in the engine has a capacity of 135 milliliters, and the working pressure is 1.5 bars. Mamod wax fuel tablets, each of which has a burn time of fifteen minutes, are used to generate heat for it.

Bell needed to make a few changes to the architecture of the system in order to improve its power consumption. When the Pico and the display module were both operational, the current draw at 5V ranged between 9 and 13 milliamperes. After that, he attached it to a dynamo, which produced a voltage of around 3.3 volts, which was adequate for the Pico.

Due to the fact that the microsecond timer can only read clock speeds of 2 MHz or above, the RP2040 CPU had to have its frequency reduced to 250 kHz. This presented a number of challenges. Because of this problem, Bell adjusted the Pico so that it would calculate the time at a more leisurely pace by increasing the timer divider.

Bell uses a Wilesco D6 engine equipped with an M66 dynamo and an LED light in their aircraft. A Dot-matrix display breakout from Pimoroni is used as the display here. The maximum current that may be supplied to the Dot-LEDs matrices will also be reduced from 35 mA to 10 mA as part of this modification. The brightness of the displays was decreased as a result of this modification; nevertheless, Bell asserts that the text displayed is still legible and that the change was necessary to lower overall power consumption.

There are a lot of clever ways to provide electricity to a Raspberry Pi, but this one easily takes the cake. You can recreate this Raspberry Pi project by going to the original project thread on Twitter, and if you want to see more amazing projects like this one in the future, be sure to follow Mike Bell on Twitter. 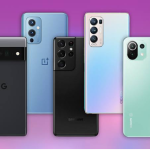 Updated New Taxes On Mobile Phones Imposed By The Government