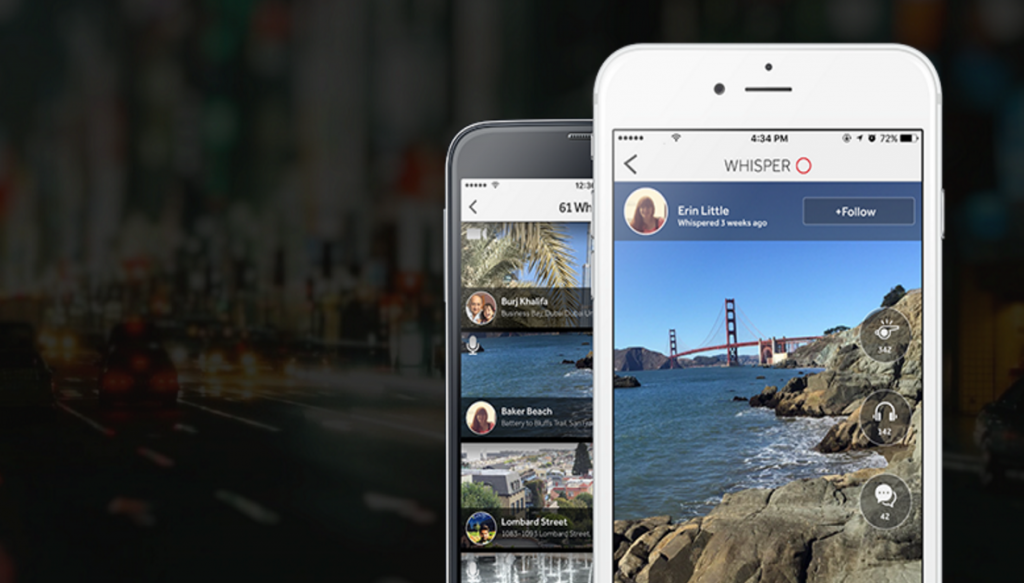 Incubated at Karachi’s Nest I/O, Whisper O is a startup by two young entrepreneurs, Taaha Bin Khalid and Hassan Ahmed. The app is an interesting new way to geo tag photos, videos and sounds to your current location, essentially checking in to any location. Whisper O has also raised a six-digit dollar angel investment already (at least $100,000), making it one of the first Nest startups to do so.

What is Whisper O? 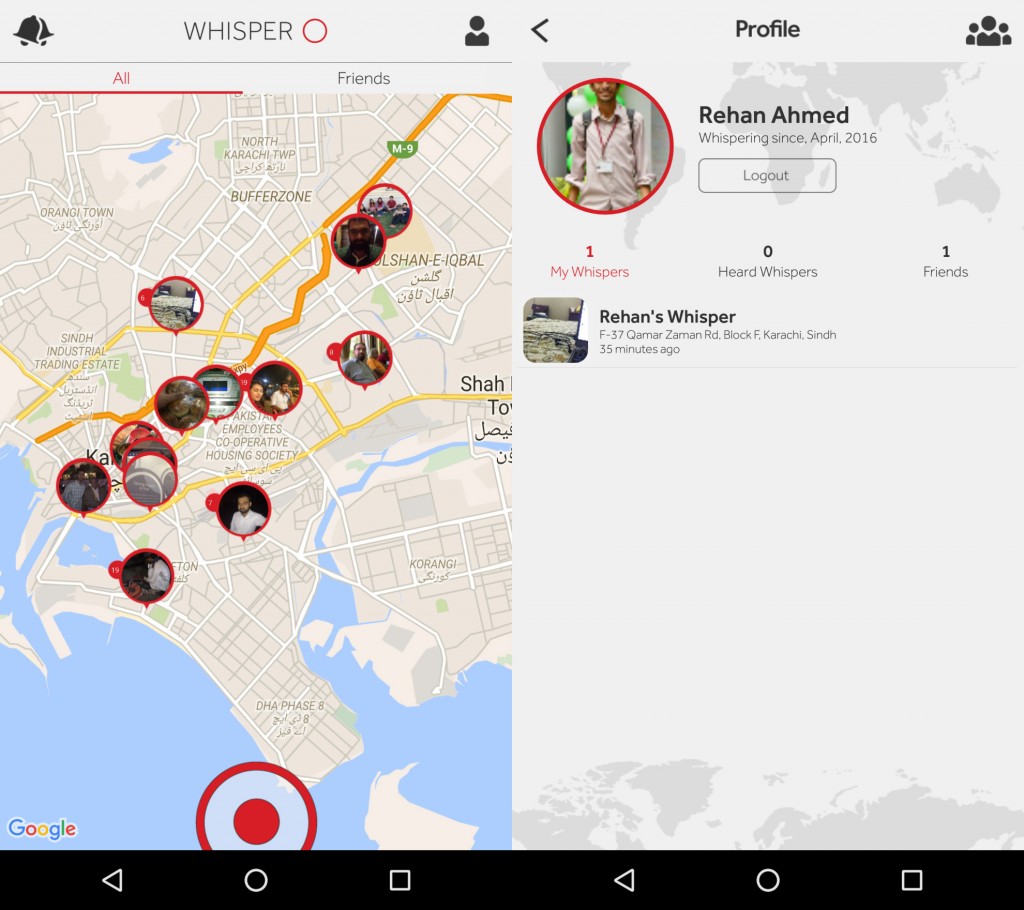 A unique take that mashes up Snapchat and Facebook’s check-in feature together, Whisper O lets you upload pictures, video or audio and post it to Whisper O’s map-based-network for anyone to see. It won’t let you change your post location, nor would it let anyone post an already saved picture, audio or video. As a result, users can only post from the location they are currently in, providing an intriguing twist over other apps.

The idea isn’t bad and like Snapchat, it has the potential to really catch on but there is a problem; the idea isn’t everything. You have to make sure that the execution is at least as good as the idea itself, if not better. Sadly, not only does the app fail to deliver, it is also extremely buggy, crashes every few minutes and is badly-designed. 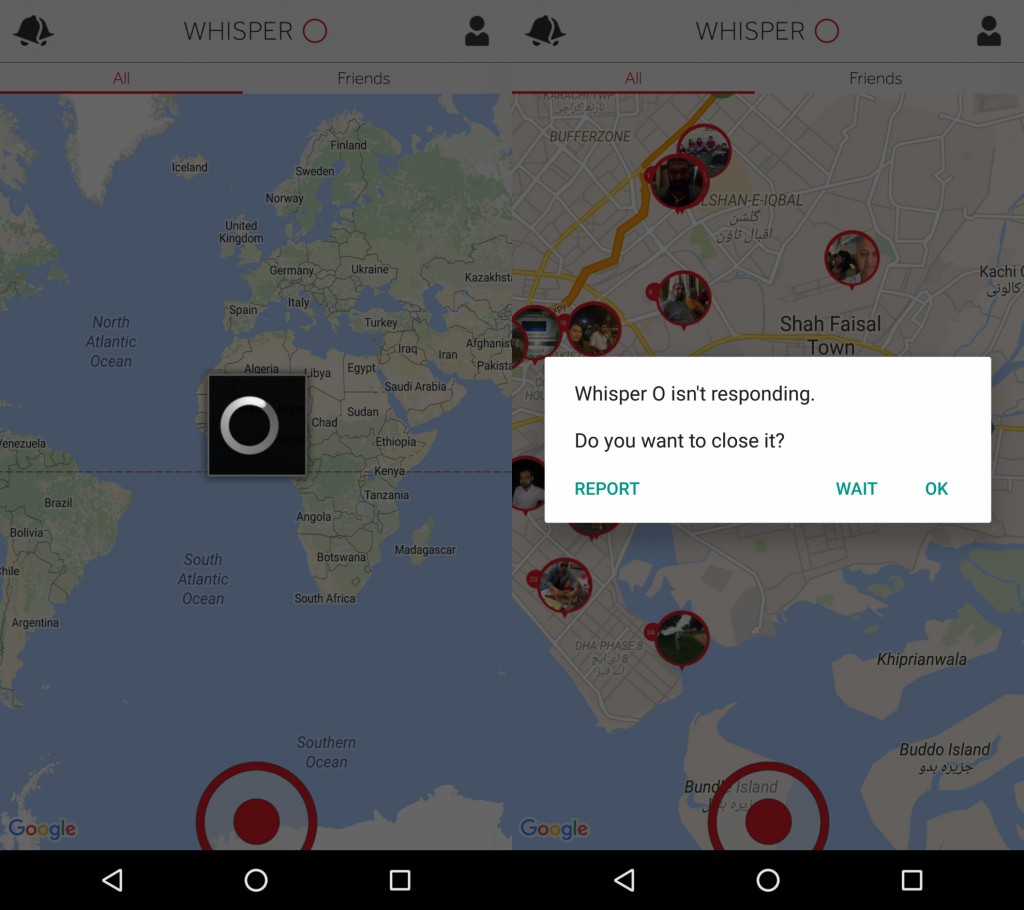 I downloaded Whisper O on my Nexus 6 and after signing up, the first thing I noticed was the ugly loading icon- a familiar sight on the 5-years old Android Gingerbread-era. Simply put, the app reeks of outdated unresponsive design. Once I was past that and the app had loaded up all the nearby-whispers (posts by other Whisper O users), I tried to swipe around the map but even just moving around proved to be a chore. The app stutters so much that it is almost unusable and after a few of these “lags”, Android would tell you that the app has become unresponsive and it needs to be “Force Closed”. Everything you want to do in this app is so buggy, it is really surprising that they went ahead with the release without fixing these issues.

In terms of features, you can see nearby whispers, post your own whispers of audio, video, or photos and store these whispers. The app also allows you to make friends on Whisper’s social network and keep track of their whispers.

Putting aside the performance issues, the idea is really innovative and has that wild-card potential to become a big thing. But, when you consider the performance issues and the outdated design, I don’t think Whisper O stands even a tiny chance to keep a user for more than a couple of days, not until they address all the issues that are currently ruining Whisper O’s user experience.

Note: We have tried Whisper O on a Nexus 6 and an Oppo and the performance issues have persisted on both the phones. 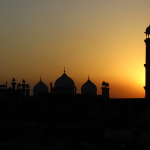