The Federal Minister for Information Technology and Telecommunications Syed Amin uI Haque addressed on Saturday a consumer conference in which he emphasized that the only way to resolve issues is to acknowledge them first.

As reported by ARY News, Minister Syed Amin UI Haque said his department is putting in efforts to decipher the problems the telecommunication clients are suffering as he noted the 180 million-strong mobile phone consumer base should know their rights so they can claim them.

He said while at the moment there were only 90 million internet users in the country, it would be a wish come true if the numbers could be taken to 100 per cent.

Separately, encouraging the entrepreneurs to dabble in the sector, he said the chances of losses while investing in IT were next to none.

Separately today on the revenue front, the Federal Board of Revenue FBR announced that it has successfully achieved tax targets for the first eight months of the fiscal year 2020-21, ARY NEWS reported.

According to a spokesman for the FBR, it has successfully collected a tax amount of Rs2,900 billion in the first eight months of the fiscal year, which is higher than the revenue target of Rs2898 billion, set for the period. 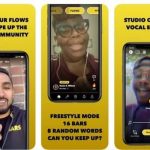