Narendra Modi becomes the most liked world leader on Facebook 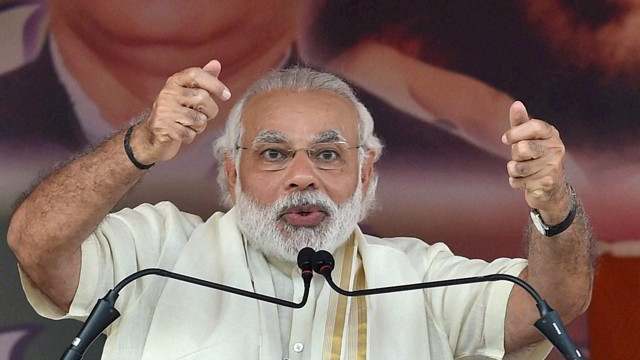 Indian Prime Minister Narendra Modi has become the most popular world leader on Facebook. He has garnered more than 43.2 million likes on the Facebook platform, his following takes him far ahead of others, including US President Donald Trump. The study ‘World Leaders on Facebook’ is published by communication firm Burson-Marsteller on Wednesday.

This count also makes Narendra Modi the most popular leader of Asia since Facebook is more widely used than Twitter in the region. The study has analyzed the activity of 650 Facebook pages of heads of state, government and foreign ministers from 1 January 2017 to aggregate the data from Facebook’s Crowdtangle tool. More than fifty variables were considered, including likes, check-ins, location, liked by Page, etc.

The report also reveals the five most liked pictures in 2017. Interestingly, all of those were posted by Modi with his self-portrait at Odisha’s famous Lingaraj Temple gaining the most number of likes.

The research shows how the world leaders and governments communicate to the masses via social media networks. No Pakistani leaders were able to make their mark on the list. During Modi’s rule, Pakistan saw two Prime Ministers at the helm of affairs, but none of them felt the need to use Facebook as a tool to communicate directly with the people. Only two Facebook pages of the Pakistani Government made to the list of departments that have a significant impact.

The Government of Pakistan Facebook page ranked third in terms of a number of pictures posted while Foreign Ministry of Pakistan made it to the list for liking relevant pages of the other countries. Although the page regularly shares pictures of Prime Minister’s activities, it has yet to post a message directly addressing his followers.

Do you think Pakistan leaders should communicate with people on social media platform? Let us know in the comment section.

previous
Future of digital healthcare platforms in Pakistan
random
next
Warning: This message is freezing WhatsApp across the world
Trending Posts