In recent news, NASA has just taken the next step in technological innovation as it aims to make flying taxis a practical reality. The agency has started flight testing Joby Aviation’s electric VTOL aircraft to further simulate future airspace with these taxis in service. The testing began on August 30th and will last through September 10th.

This is the first-ever eVTOL which is a part of the Advanced Air Mobility campaign where the campaign is meant to oversee gaps to further ensure that the agency is ready for commercial use of these flying taxis alongside delivery drones and other unconventional aircraft.

However, despite purchasing Uber’s air taxi business and then receiving an investment of $349 million from Toyota Joby’s role in making air taxis a reality is still questionable as NASA is aiming to lead this full-on. 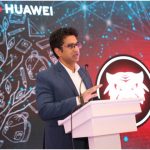