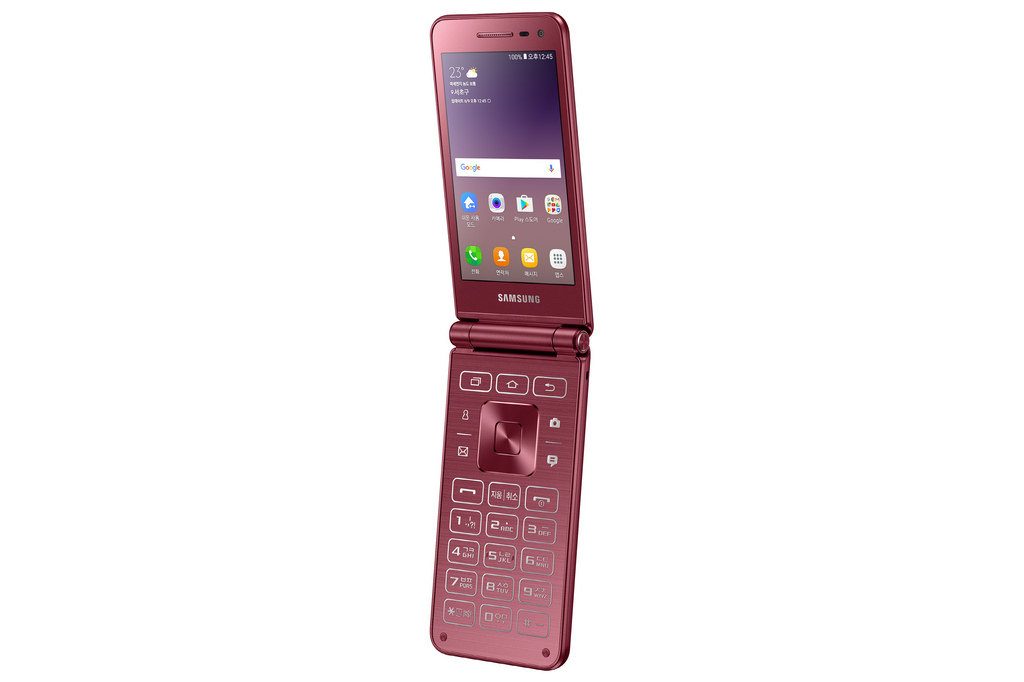 Called Samsung Galaxy Folder 2, the smartphone was first unveiled back in September last year. The smartphone, however, was only available on limited scale in China. It seems that the company wanted to beta test if the flip phones would still work today when candybar seems to be the only dominant form factor in the global smart phone market. The smartphone has now been revealed in South Korea as well.

The Android 6.0 powered smartphone has a 3.8 incher LCD screen measuring a resolution of 800 x 480 pixels. The smartphone features a mid ranged quad-core Snapdragon 425 chipset assisted by 2 GB of RAM. The smartphone will have 1,950 mAh removable Li-ion battery. The smartphone will come with a pedometer application and a set of 15 ringtones. There is a 8 MP primary shooter on the rear along with a 5 MP selfie camera.

At this point in time, it might be difficult to predict if these type of smartphones still boast a global market. Today, the global smartphone market is dominated by candybar smartphones. Almost all the smartphone manufacturers are focusing on slab-like touch phones for there flagship range. However, the traditionally famous shapes can still see a rebirth for 2017 appeared to be a welcoming year for the nostalgia-hitting smartphones from once well known names like Nokia.

The Samsung Galaxy Folder 2 smartphone will come in two variants, 3G and LTE. Both the versions will have price starting at KRW 297,000 (USD 260).