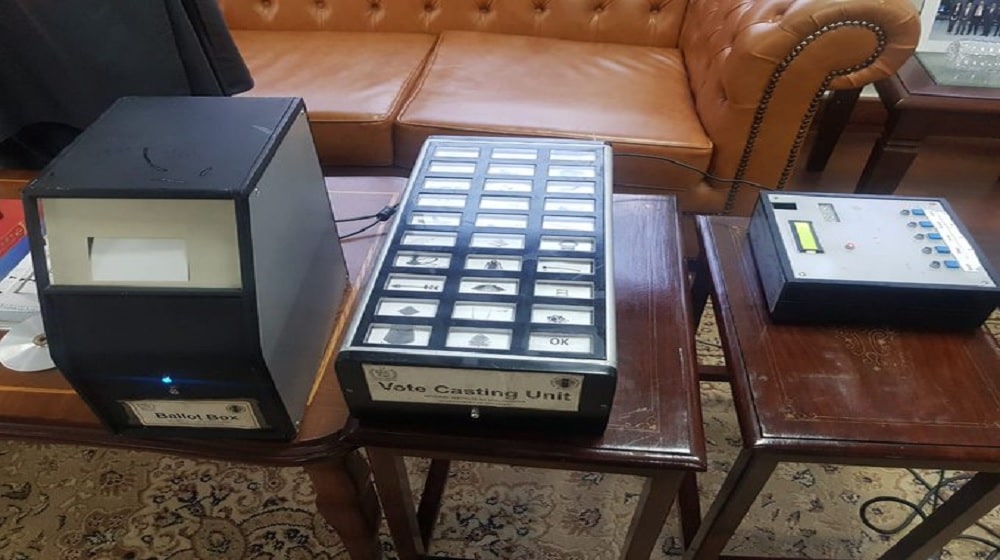 The National Institute of Electronics (NIE) finally carried out successful testing of Pakistan’s first E-voting machine. The Federal Minister for Science and Technology Chaudhry Fawad Hussain was introduced to the prototype by the NIE team.

Upon seeing the successful testing of the machine, the minister had commented that this device will ensure transparency and eliminate the issue of rigging in elections.

The device has two main parts where the first part consists of election symbols while the second part controls the machine to which a presiding officer has authority. This enables the presiding officer to control the device when the voter is about to cast their vote. The voter may choose and click on any of the symbols in the booth. Moreover, the machine is also able to print ballot papers alongside its main functionality.

The work on the device is presently in its final stages and will be soon shared with the National Database and Registration Authority (NADRA), National University of Science and Technology (NUST), and COMSATS.

With the past history of rigging and unfairness in elections, this device will surely disrupt the entire voting system of Pakistan.