Facebook has been very vigilant in terms of giving new updates to its users in equal interval of times, enabling its users to find Facebook more interesting and user-friendly. Social media company Facebook rolled out an update for its users’ world over, allowing the Facebook users to find WiFi hotspots.

The company has introduced a new app for this purpose which it had been testing for the past few time.

With this new app, one can locate WiFi hotspots with ease. Moreover, it allows people to use their phone data where there is poor coverage. The update has been launched for both Android and iOS users.

One can easily find WiFi hotspot using the new app. Open the Facebook app, click the more tab icon, after that turn on the WiFi options. 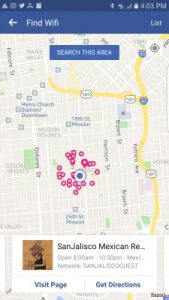 Company’s blog post reads, “Find Wi-Fi helps you locate available Wi-Fi hot spots nearby that businesses have shared with Facebook from their Page. So wherever you are, you can easily map the closest connections when your data connection is weak”.

The new update came in when Facebook has reached to two billion users mark globally. The company is expanding with each passing day, it has been in service since 2004, helping people to connect to the single online platform.

Facebook will also be rolling out more updates in the near future which comprises of Good Adds up Video, Celebrating the Good People Do, and Sharing Community Stories and Impact. 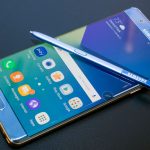