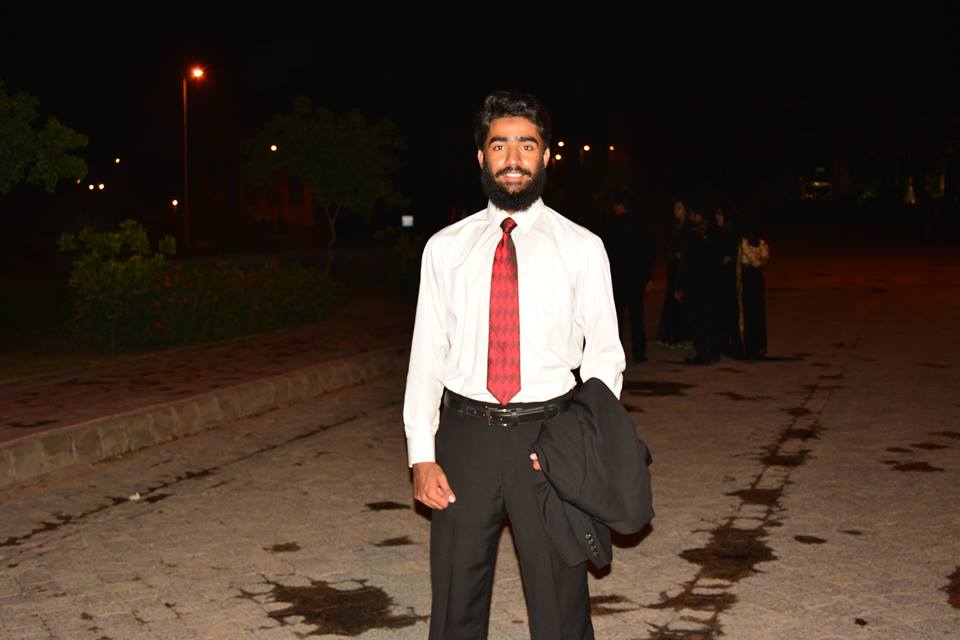 After his project on a Google Chrome library became super successful, a Pakistani software engineer Emad Ehsan has just taken the lead over countless techies and code developers on GitHub including tech giants like Google, Microsoft, and Facebook.

A well-drafted tutorial written by Emad, a NUST graduate, is bringing him applause from coders and techies from all over the world. The project which is basically a guide on getting started with a newly released Google Chrome library was posted on GitHub as well as HackerNews. It has since managed to gain immense traction on both platforms. Likewise, his Medium post has grabbed more than 3,000 views in a matter of a few days.

Emad was working on an engineering problem when he came across a newly released library of Google Chrome, from the Google Chrome team themselves on GitHub. Realizing the role the library could play in his project, Emad used the library and then went on to write a well thought-out tutorial on how to use it.

Google Puppeteer is basically a Google Chrome tool that lets the coders programmatically control the browser’s behavior. Users can use the tool to program Google Chrome to do certain tasks on the internet and come up with the desired data. In his tutorial, Emad outlined how the tool can be used. As part of his tutorial, Emad programmed his browser to go over to the GitHub website, search for a user. He then used the technique of Web Scrapping in Chrome Headless to extract the user’s email, if available. His detailed tutorial guides other developers on how to use it to their benefit.

Right now, his project, which appears as a repository named “thal” on GitHub, is the 7th most trending repository globally. Yesterday, the project was one of the top performing repositories from all categories being positioned 3rd from around the globe. 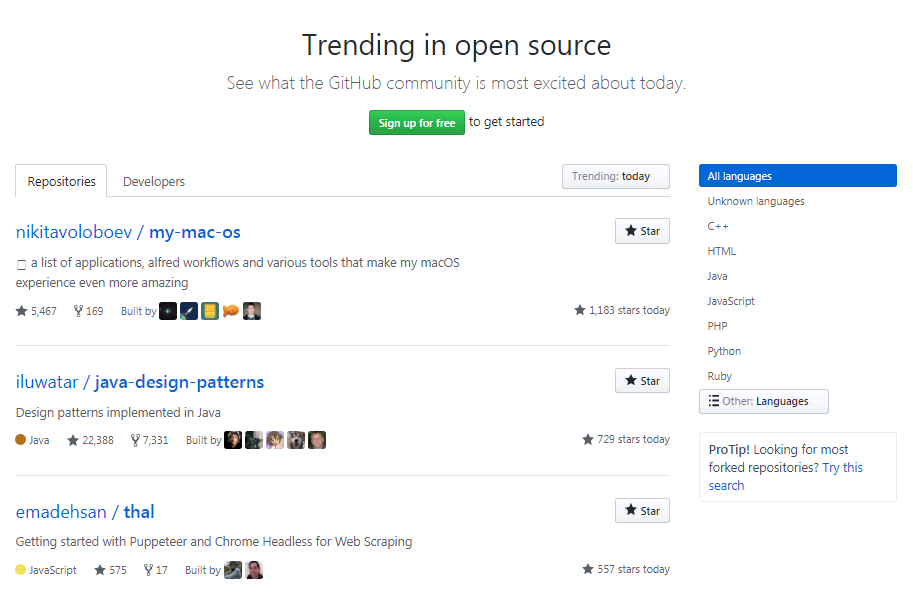 In the JavaScript category, the ranking is even better for it appears at the 1st position, even above the original project by Google Chrome which appears 3rd. 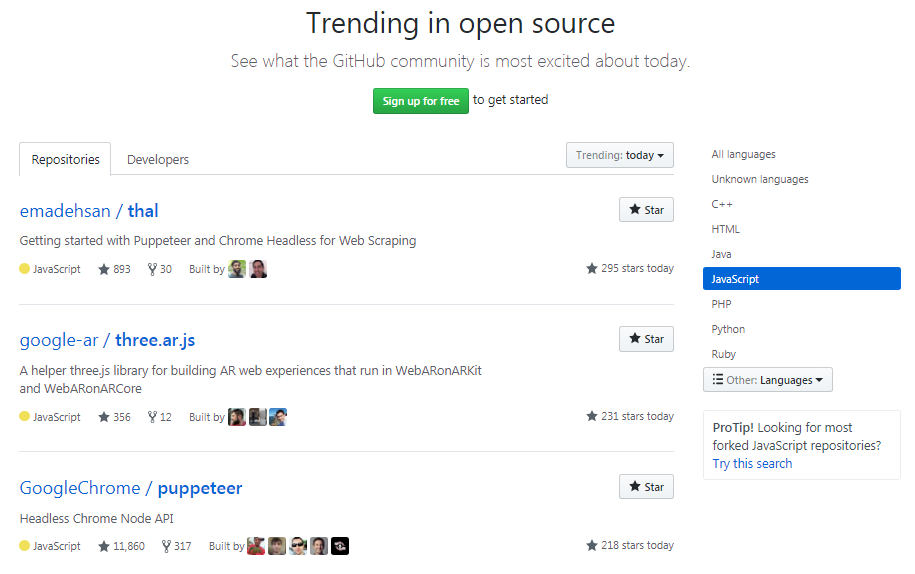 The project itself has got more than 7,000 views and was starred more than 295 times today as compared to that of original Google Puppeteer repository which got 218 stars.

On GitHub, the project pushed Emad to the top trending developers, overall as well as in the JavaScript category. Soon after publishing the repository, Emad topped it to being third most trending developer globally. The major tech and software giants including Facebook, Microsoft and Google were trending many positions below him.

Right now, Emad ranks 10th most trending developer from across the globe as other developers took over with their recent repositories. In JavaScript category, Emad remained the top developer for quite some time, claiming the first position.

Right now, although major tech giants have pushed him to 3rd position in JS category, he still seems to be the only individual developer in the top 10 among the cluster of major tech companies.

On a public post made on Facebook, Emad says that the project has even earned him a job offer from a Silicon Valley company. As to if he would be joining that company, Emad told TechJuice that his first priority is his startup and he plans to continue with one of its product, in near future at least. 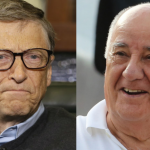 Move over Bill Gates, a Spanish billionaire is the new richest person in the world!