Oculus Rift vs. Sony’s Project Morpheus: A Brewing Battle in the Field of Virtual Reality

Virtual Reality is not a brand new concept for computer vision experts but its idea is only taking roots in the gaming industry as of now. While the essence of a VR device is to project a virtual environment which the user can then interact with, gaming VR headsets differ in a sense that they promise to present a lot of detail, interaction options and other sensory responses like sound, vibration and more, all while keeping the costs minimum enough to hold a regular gaming enthusiast interested.

Oculus VR took the gaming industry by storm back in 2012 when it raised $2.5 million for an ambitious Virtual Reality (VR) headset called Oculus Rift. The original Oculus Rift (Crystal Cove) promised an immersive 3D gaming experience by putting the gamer right into the center of action, and showed off its capabilities at different events while bagging Best of E3 2012 and Best of CES 2014 awards in the process. Original Cove came with a resolution of 1280×800 px (640×800 px for each eye); 6 DOF (degree of freedom); and a field of view of 110 degrees diagonally / 90 degrees horizontally.

At GDC 2014, Oculus took the wraps off the 2nd generation of Crystal Cove (Development Kit 2 or simply DK2). The newer model uses the same OLED technology for the screen but boasts a higher resolution of 960×1080 pixels for each eye, thus resulting in higher contrast and detail levels. Another highlight feature of DK2 is a low-latency, positional head tracking camera, which adds the much-needed real-world interaction abilities to the headset like moving in closer to the objects and peeking around corners.

Other additions include updated orientation tracking, SDK and Engine optimizations, new optics and a USB accessory port built right into the headset.

Rumors were circling the gaming industry long before the conference that Sony has been eyeing Oculus Rift’s technology and we could finally catch a sneak-peek of a similar headset from them at GDC ’14. It sure did happen, and Sony unveiled Project Morpheus at the event for the world to witness what they had conjured up. Sony’s offering is a sleek-looking VR headset with Tron-style lights on the front panel (we’ll give beauty points to Sony, at least for the prototype version). 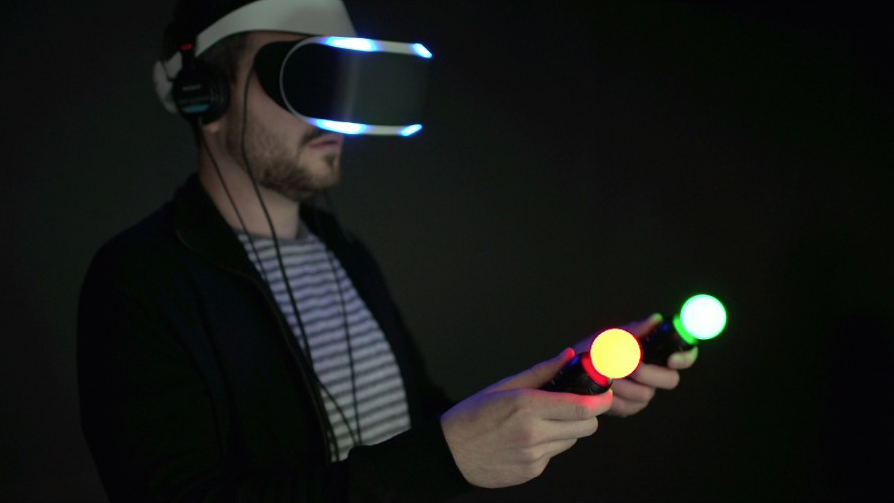 Apart from being looking really attractive (we cannot stress this enough!), Sony’s VR headset has a lot more to offer. Sony’s strong suite is its Play Station ecosystem and they made sure to play that card at the launch by showing off the compatibility of VR headset with PS4’s ‘Eye’ Camera and ‘Play Station Move’ remote controller. Move can be used to interact with objects in the virtual world while Eye tracks the player’s motion around the arena.

Since both of the devices are in an early prototyping stage, it is a little difficult to say what will the final product and experience be like. As far as the prototype testing is concerned, both Oculus Rift and Morpheus have been claimed by the reviewers to boasts an unbeatable, immersive experience. There are some hiccups like occasionally rough frame-rate and glitches in the visuals but this much of inconsistency is more than tolerable at this point in time and one can hope that the final product will be somewhere near the prefect VR experience.

At the launch, Sony announced a partnership with some big names for its VR ventures, which include Unity, Havok, Epic Games, Autodesk and Crytek, among others. A similar list of partners was announced by Oculus as well with some of them being Epic Games, Unity and Unreal Engine. 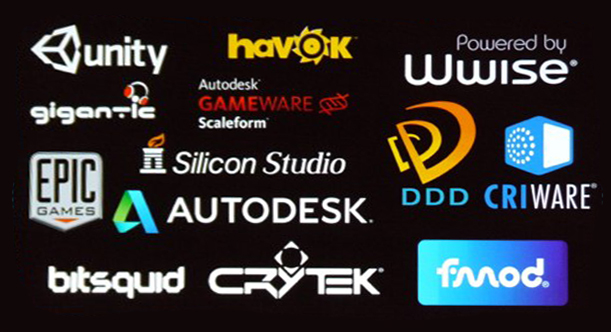 With both of the devices a long way from launch, it is yet to be ascertained which one will win the hearts of users, but Sony’s position does look a lot more favorable than that of Oculus’s. Sony sold over 5.3 million Play Station 4 units within 3 months of launch which goes to show its powerful reach and user-base. While it is not likely that Morpheus will come tied with any Play Station unit in the future, it is fully capable of making an impact on its own. Had Oculus been a little faster with its development plans and fast-forwarded the release, they could have managed a head-start against Sony.

Still, all is not lost yet for Oculus. With a backing of millions of dollars and scores of die-hard fans alongside strong partnership ties, Oculus can turn the tide but it will need some extra motivation and a long-term business strategy on their side.

As far as the specifications go, here’s a head-to-head comparison of the two devices: 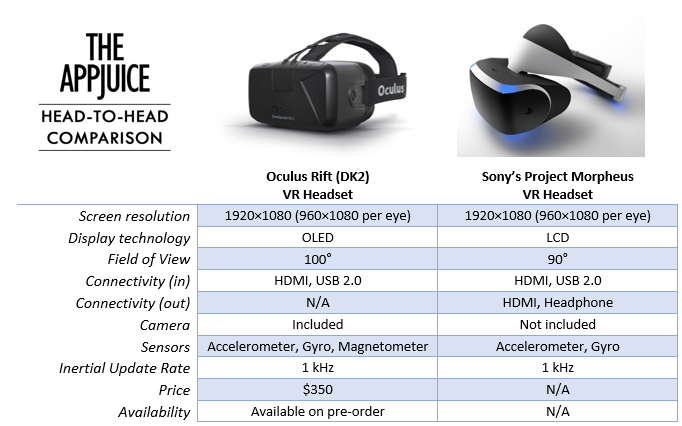 Mum’s the word from both of the firms—Sony and Oculus—regarding the price and availability of their respective headsets as of now.

Oculus’ DK2 is currently available for pre-order on oculusvr.com/order for $350 and the units will be shipped beginning July. DK2 is still a developers’ preview and testing prototype, and a consumer-ready model is being manufactured for a possible release later this year.

Things are not very different for Sony’s VR headset as well. It is very early into the production stage and there is no chance of it hitting the shelves any time before early 2015. 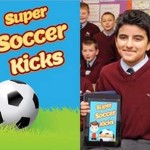 Haris Khan – The Youngest Mobile App Developer in the World