In the latest instance of cross-country cyber attacks, the official website of Pakistan People’s Party (PPP) was defaced by an Indian group of hackers which pronounces itself ‘Indian Hacker’s Online Squad’.

First reported to have been hacked Wednesday afternoon, the defacing of official PPP website has been carried out in response to the statement given by PPP patron-in-chief Bilawal Bhutto Zardari regarding Kashmir. Mr. Bilawal had claimed to win back “all of Kashmir” from India in a speech while addressing PPP supporters in Multan last month. “I will take back Kashmir, all of it, and I will not leave behind a single inch of it because, like the other provinces, it belongs to Pakistan,” Mr. Bilawal was quoted to have stated during the speech.

The defaced website shows the national Indian flag, a message and several memes that lambast Bilawal and his statement. “Hello Mr. Bilawal Bhutto! To Citizens of Pakistan, Pakistan’s Army, Pakistan Peoples Party and Specially Mr. Bilawal Bhutto,” the message runs. “Without any Violence Let Me tell you that Pakistan will never Get Kashmir. This is the Truth. You Have to Accept it.”

The website has since been taken down and remains offline at the time of compilation of this report. 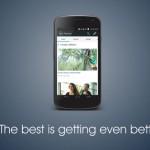