After the so-called biggest leak in video game history, which involved GTA 6 in which it’s leaked clips, GTA 6 is back in highlights as it is involved in yet another conspiracy. Famous tippers on Twitter are claiming that GTA 6 will feature an in-game cryptocurrency. While the rumors have not been confirmed, the inclusion of crypto in one of the biggest game franchises in history would be a major turn of events for the Crypto industry and would gain more recognition.

GTA 6 leaks suggest the story will take place in Columbia / Miami and will include in-game #cryptocurrency rewards for players to earn and trade. pic.twitter.com/Pwvd7aTlYw

The rumors also include that missions that are paid in cryptocurrencies can be given by characters who are cryptocurrency millionaires. GTA 6 will be praised for being futuristic twenty years from now (after its release) for including Bitcoin gameplay.

While there are rumors about the inclusion of crypto in the game some are excited about it, while others think that would be the most foolish decision if Rockstar Games act upon it. Crypto is simultaneously the dumbest, most infuriating, and funniest. Publisher after the publisher has asked, “Wouldn’t you like to make money playing our game?” only to be told, “No, we want to have fun.” Still, everyone from Ubisoft to Square Enix is shooting their shot at NFTs and other blockchain-based affronts to decency.

Developers of Grand Theft Auto have not released an official statement regarding (the addition of) crypto assets. However, Rockstar Games did announce in February that GTA 6 is under development.

“With the unprecedented longevity of GTA V, we know many of you have been asking us about a new entry in the Grand Theft Auto series. With every new project we embark on, our goal is always to significantly move beyond what we have previously delivered — and we are pleased to confirm that active development for the next entry in the Grand Theft Auto series is well underway. We look forward to sharing more as soon as we are ready, so please stay tuned to the Rockstar Newswire for official details”.

In GTA 5, the previous version of the game, players could enter the stock markets by accessing LCN and BAWSAQ exchanges through their smartphones and trading shares on the exchange. In addition to that, players could earn money in “Stock Market Assassination Missions”. With the rumors circulating about the GTA 6 installment, players might get a new opportunity to earn money through crypto.

There’s plenty of reason to doubt that Rockstar would risk its gigantic pile of money for a chance at a slightly more gigantic pile of money, but that doesn’t mean crypto won’t appear in GTA 6 at all. The entire point of Grand Theft Auto (at least since GTA 3) is to satirize American culture and all its ridiculous, transparent excess. It’s hard to think of a recent trend that combines tech bro bluster, destructive individualism, and get-rich-quick grind set into as mockable a package as the cryptocurrency craze.

What attracts developers to NFTs and crypto is the hope that it will make them more money than we have numbers for. Rockstar, however, kind of already has that. Grand Theft Auto 5 alone has sold more than 165 million copies, and made more than $6 billion, largely through GTA Online microtransactions. As recently as 2020, Rockstar was raking in $2.5 million per day from its online mayhem sandbox. Of course, the concept of “enough money” doesn’t exist for publicly traded companies, but Rockstar (and its parent company Take-Two) may not be willing to risk their cash cow on a gamble that to date has only been disastrous for those who’ve tried it. 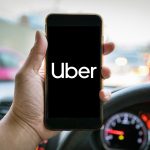 Uber Shuts Down Service in Major Cities Including Karachi and Islamabad